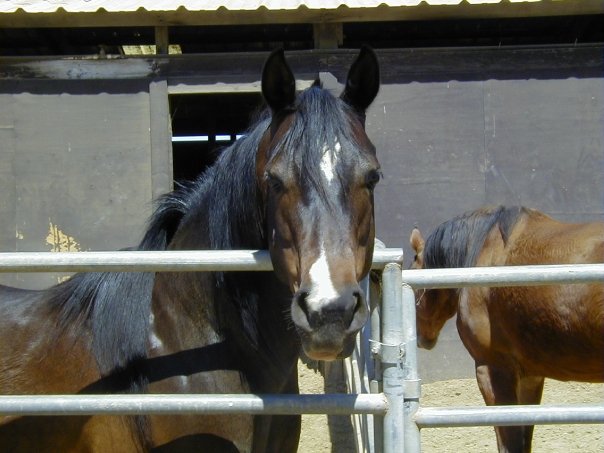 Have you ever played with one of those “connect the dots” books? You look at a page full of little dots and think, this could never make a coherent picture, and yet after you start to draw the lines, things suddenly begin to make sense; things start to come into focus. You could never look at one of those dot covered pages and see a complete picture, but the picture is there. I have found the same to be true with horses; when you connect the dots you can fix horse training problems.

Sometimes all that we can focus on is what we want our horse to be or to do in the endgame, but all that we see is a jumble of dots that don’t make sense, and therefore we don’t know how to get to where we want to be; all that it takes, though, is a patient and methodical connecting of the dots to reveal what was there all along.

So, how does this apply to you and your horse? It’s a little vague, right? Well, let me tell you a little story about an experience I had as a younger rider and see if that clears things up. When I was about twenty years old, I bought my first “baby” – well, she was about a year and a half old and looked like a miniature tank, but she was a baby none the less. I tacked all my hopes and show dreams on this little bay filly, who was pretty as a picture and sweet as a puppy dog when I first went out to meet her. The next six months I basically just let her be in the pasture, pulled her out and did some light ground work, but nothing super in depth. I talked to my trainer, where I planned to send her to get started, and set a date to drive her there.

The date came and…my little dream horse wouldn’t get into the horse trailer. It was a rookie mistake of me to not work with her on “trailering” when I got her, but I honestly just figured it was something that I could work out with a few training sessions. Well, I tried everything…I tried coaxing, I tried muscling, I tried begging and pleading, I even went the old route of trying to feed her in the horse trailer, but nothing worked. Eventually, I was at an impasse…but a strange thing happened, a little voice in my head told me to start this filly myself; to gain her trust, establish my dominance, and everything would work out.

So, I switched gears.   I had worked with young horses before, had ridden a lot of “greenies”, worked with and under a lot of trainers, and I knew “what to do”, but this was the first time I would be doing it completely by myself. I pulled out the long lines, got her accustomed to ground driving, introduced her to the saddle, and even drove her out on the trails a little bit. This little filly was strong willed as they come, but whenever she challenged me, I just kept my cool and stayed the course, until, eventually, about a month and a half later, I was ready to ride her…and I did. She never bucked with me, never reared, and she never panicked or bolted. I connected the dots and had a pretty little picture coming along. 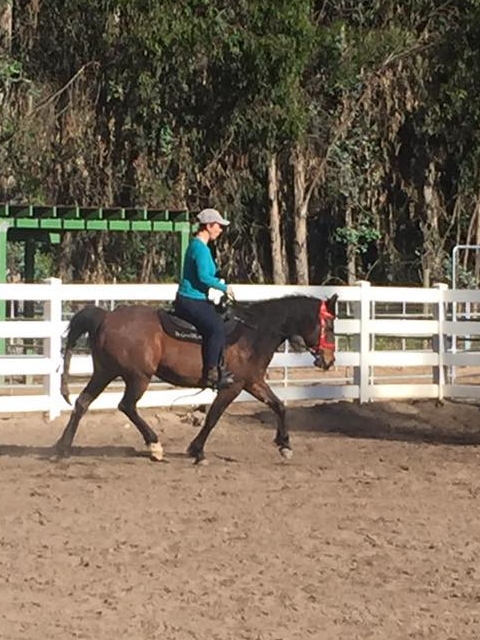 Another month or two went by, and we were walking, trotting and cantering, learning some leg yielding, etc., and I decided it was time to try that whole “trailer” thing again. So, one morning I walked my (now started) little mare up to the trailer. She stopped and looked at me a few times, tried backing off and I just kept my cool and maintained a dominant and focused attitude, and after about ten minutes, my little mare jumped into the trailer. I was floored…it had to be a fluke, so I backed her out, walked her away from the trailer and came back again; the same thing happened, she got right into the trailer. The next day I hooked the trailer up to the truck and put her in it and we took a little drive down the road and back; she handled it quietly. I couldn’t quite figure out what had happened at the time, but I was happy that it had happened.

It took me years – and working with many more green and baby horses – to understand what was really going on in those first few months with my little mare. I was so focused on the “bigger picture” of what she was going to be, that I had forgotten that each dot needed to be connected to create the picture in my head – it doesn’t just happen. By starting the mare myself, I established myself as the “alpha”, she learned manners, and together we created a relationship of mutual trust and “give and take”. I had a “surface problem” – sort of like a symptom of a deeper illness. Instead of focusing all of my attention on the “surface problem”, I got to the root of the “illness” and cured that, which in turn allowed me to alleviate the symptoms.

I’ve applied this lesson I learned in many different situations over the years. If someone has a horse that just won’t pick up the left lead, for instance, it’s not a “left lead” problem, but likely something deeper having to do with balance, cues, aides, etc., and once we fix those things, the “lead problem” sorts itself out.

If I’m having trouble with a certain maneuver, I won’t simply keep asking for that maneuver over and over until I get into a fight, I’ll backtrack and try to figure out where the dots became unconnected and reconnect them. It takes patience and being able to both look at the bigger picture and focus on the little pieces of that picture individually at the very same time.

So, the next time that you get into a jam with your horse, think about those “connect the dots” puzzles; don’t focus on trying to figure out the endgame, instead start at the beginning and “connect the dots” until you’ve found the solution to your problem.

I have been an equestrian most of my life, having gotten my first pony at the age of 5, and 30 years later, I competitively exhibit my Half Arabian Reining horse on both the Arabian and NRHA circuits. There are three passions in my life, riding, photography and writing. Being able to combine all three of these things is a dream come true.