“Congratulations to all of you, simply the fact that you’re here makes you the top 20% in the nation,” the Announcer said, during the awards ceremony at the end of a very long weekend of showing in New Jersey.

My name is Kelsey, and as a competing member on Cal Poly’s Dressage team, I was both thrilled and thankful for the experience of even making it to Nationals.  We had finished a great show season, and being the qualifying team to represent our region – and technically the West Coast – was an accomplishment my team members and I did not take lightly. 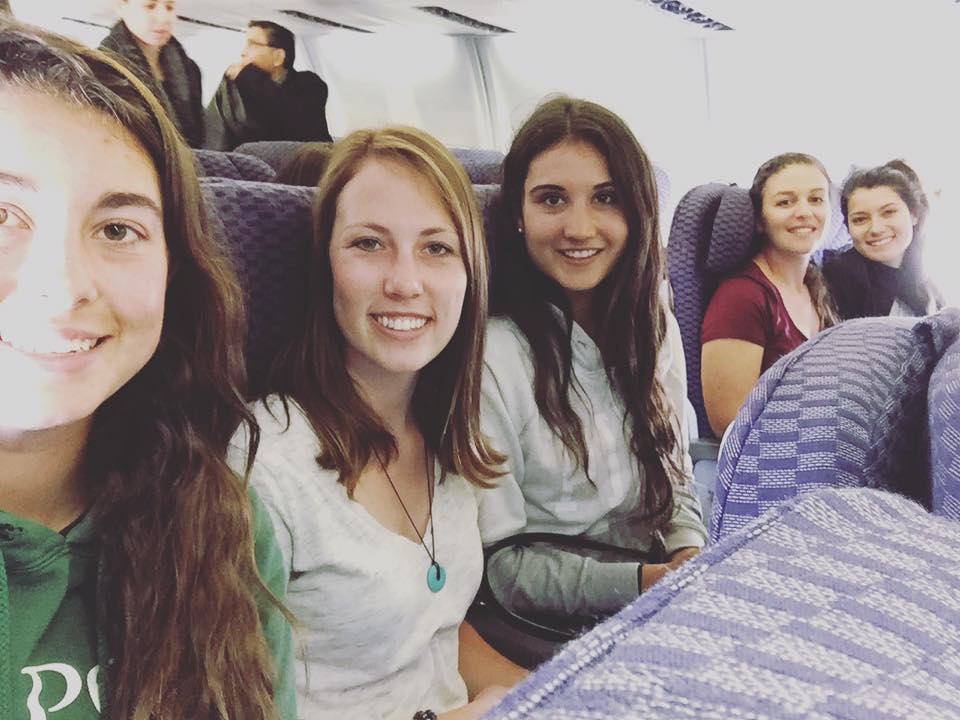 The weekend began on Thursday with a very full day of traveling, from ocean to ocean!  Friday morning, the team set out to the competition grounds, hosted this year by Centenary College in New Jersey, to watch the horses get worked.  As we looked on, the horses were ridden in the “levels” that they would be placed in, so were able to evaluate each one, pick the best, and hope that they would be our draws.

Our proud and supportive moms joined us after also flying across the country, to watch their girls compete.  Friday afternoon, with a little time to kill, we spent some time doing what most horse crazy college students love the most – tack shopping and thrift store hopping!  It was a great way to decompress and allow ourselves time to get our heads straight for what was to be a very busy weekend. 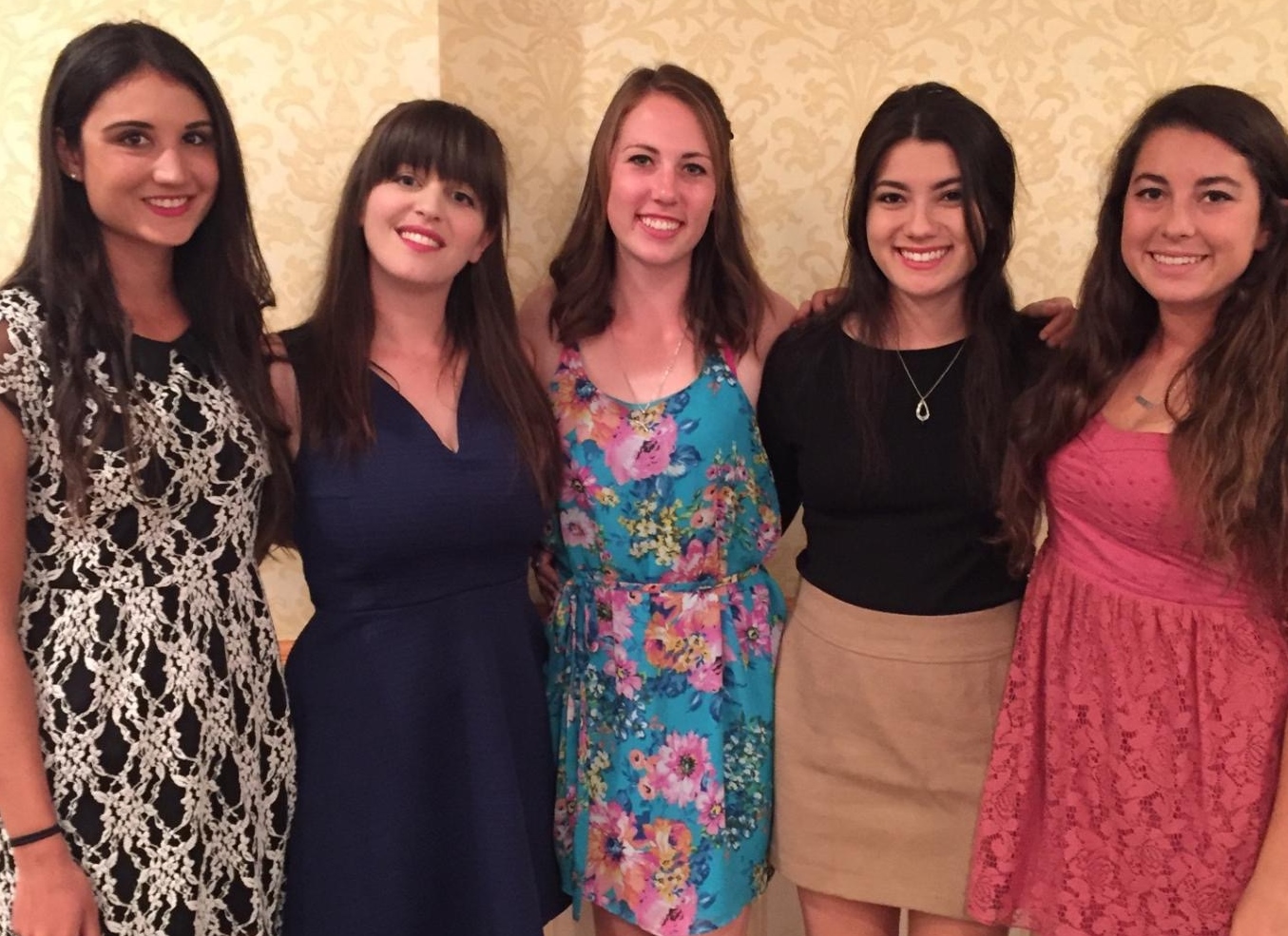 That evening, Intercollegiate Dressage Association hosted a banquet dinner for all of the teams to attend.  Announcements were made, awards were handed out, dinner was served and entertainment for the night was a hypnotist.  Myself and two of my team members excitedly volunteered, and were hypnotized along with a few of our competitors.  From what we can remember, it was a hilarious experience, and throughout the weekend people kept approaching me to say how funny that I was.  It was the perfect way to break the ice and tension, and was definitely a time the team will not live down!

Saturday was the start of the competition – Individual Day.  When it came time for the first ride of the day, the intensity was nearly overwhelming.  The entire arena and bleachers fell silent, and you could feel the tension in the air.  The team was thankful that we didn’t have the first ride.  As it turned out, everyone had good rides, and the most excitement of the day was probably when Maggie’s horse bucked during her test; her draw was a cranky one, but that’s the name of the game, and we work to make the most of our draws.  The girls on our team all ended up placing 9th in their levels that day.

Sunday was Team Competition day.  The show proceeded as it had the day before, with lots of “hurry up and wait”.  This time, though, our individual placings were counted toward an overall team placing.  The horse that I drew at First Level was a big, 17.2 hand Warmblood named “Kaptain”.  I was a little concerned that he would be heavy and tired for my ride since I was the 3rd and last person to ride him.  We attentively watch both of his rides before I had to compete in an effort to get a feel for how he worked.  To our surprise, his first two tests did not go that well; one of the riders went off course and another, as she finished her “canter lengthening” down the long side of the court, failed to bring him back enough. He leapt out of the arena and ran right passed the judges!  Naturally, thoughts began racing through my mind…what if he’s really strong and I can’t bring him back after the lengthenings?  What if I go off course?  At this point, though, the only thing I could do was trust myself to do the right thing.  There is really nothing that can fully prepare you for getting on a strange horse for 10 minutes and then taking him out into the arena to compete.

When the time came for my ride, I was surprisingly calm.  I think it was because I had been watching people ride for two days, and when it was my turn I was more excited than scared.  Incidentally, my warm up on Kaptain felt absolutely horrible; he was dragging me around the arena like a tank, and my only thoughts were this is going to be a Gong Show!  To my surprise, when they called my time and we entered the ring, he suddenly lightened up and our ride went really well.  I’ve found that this is a general theme in IDA Catch Riding – bad warm-up, good test or good warm-up, bad test.  Overall, I was pleased, and really just wanted to ride again!

The day finished with me placing 10th at First Level, Maggie placing 11th at Upper Training, Amy placing 5th at Lower Training and Keiko placing 10th at Intro, so as a team, Cal Poly placed 11th.  To finish off the show and weekend, the schools paraded around the arena with their banners, and there was an awards ceremony where everyone went home with some sort of prize.  That’s one of the perks of going to Nationals, lots of free stuff and good shopping!  Afterwards, we had cocktails to celebrate, and one last dinner with the parents before heading to the airport for a long journey home. 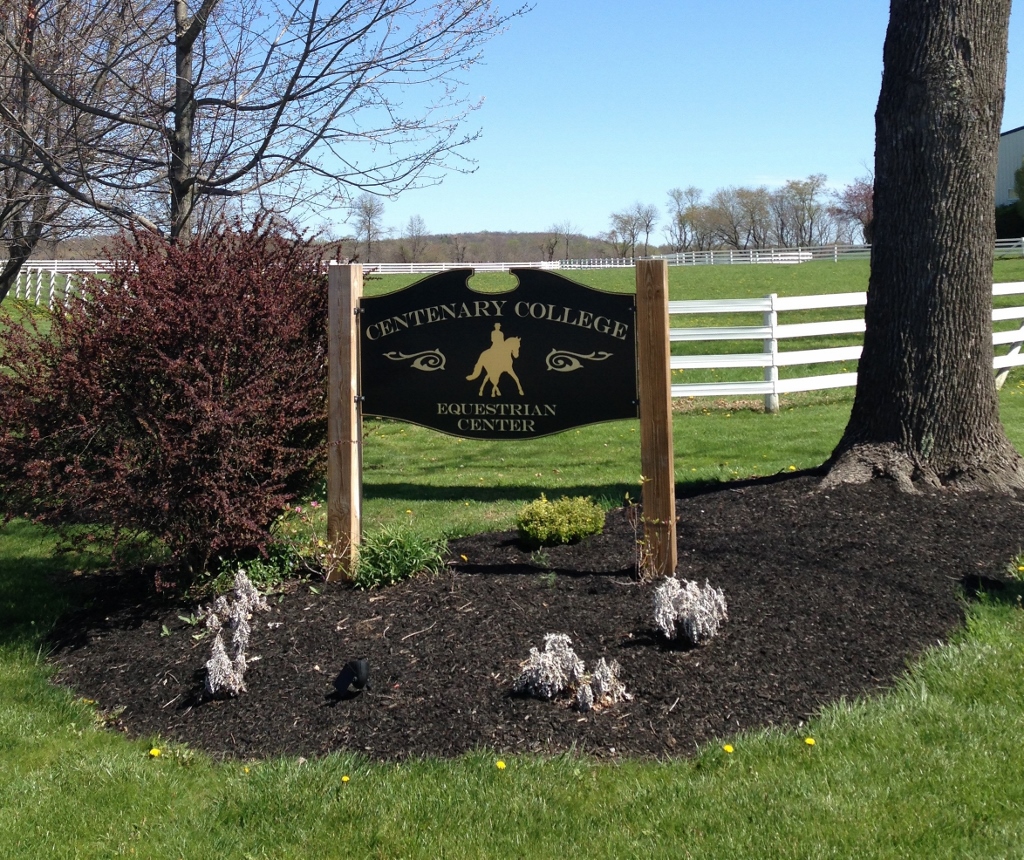 In the end, going to Nationals was an amazing experience, not only as an equestrian, but also as a team member representing Cal Poly.  As much as the “catch riding” can be stressful – and not generally representative of a real Dressage competition – I believe what makes for a great rider is someone who can get on any kind of horse and make it look effortless.  It’s a great challenge and it helps build many different skills a competitive rider needs.  Most of all, I am so thankful for the friendships I have formed with my team members; I know they will last long after the competition season is over.