For non-pro cutter Jake Pinheiro, horses have always been a presence in his life and passion for him and his family. 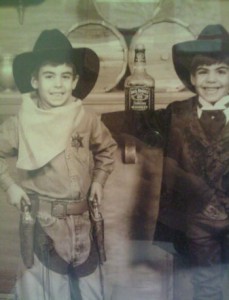 Jake grew up in Los Alamos, Ca alongside his brother Jeremy, with the boys competing in gymkhana’s around age 3 and eventually High School Rodeo.  Their parents hail from the Central Coast with their father making his way on local ranches in his 20’s and eventually becoming a seasoned farrier.  Their mother grew up on a ranch in Santa Ynez and never strayed from the lifestyle.  I guess you could say Jake and Jeremy were bred to love horses.  Jake was first introduced to cutting by Russ and Janet Westfall of Los Olivos, Ca since his dad did the farrier work at the Westfall’s.  The boys would go along with their dad on some of his ranch calls and the Westfall’s took a shine to the boys.  Jake began showing cutters his Freshman year of High School Rodeo and immediately knew he was in love with the horses and the style of competition. 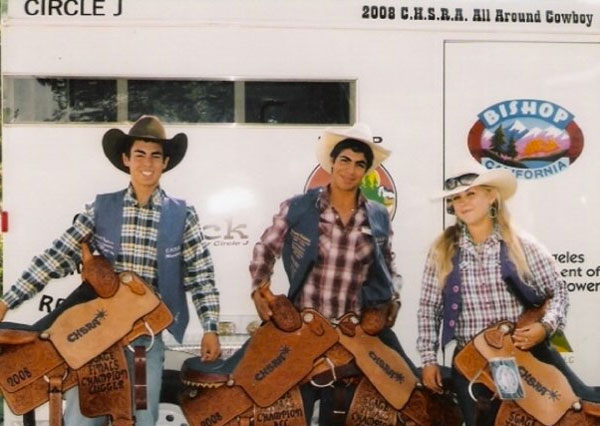 A Day In the Life

I care about the program… and glad I’ve been able to be apart of it all.

Jake is now a seasoned non-pro cutting competitor, a Representative for Core Balance Equine Supplement and is considered by many to be the “right hand man”for Morgan Cromer Cutting Horses.  Most people will tell you about the organization, efficiency, and skill Jake possess in order to get a number of horses ready each day for Morgan and her assistant Kate Neubert to work.  And that is just the morning portion of the day.  In the afternoon he checks doctoring supplies, orders anything needed, helps rehabilitate and exercise horses as well as provide treatments for any horse on the list.  The same basic agenda goes for shows with the exception of a little more added pressure and a lot more organization to keep everyone on the team running like a well-oiled machine.  Among all the skills that Jake possesses, the one skill he has that you can’t learn is passion.  A passion for horses and the sport of cutting that developed in him at a very young age and has continued to grow under the tutelage of skilled professionals and talented horses. Jake has been a part of the Morgan Cromer Cutting Horses team for about 6 and a half years, and has known Morgan for almost double that time.  “I’m not sure how to describe anything that I do [for Morgan] specifically, all I know is that I care about the program and want to see her and all her clients do well and I’m extremely proud of the success she has had and glad I’ve been able to be apart of it all.”  I’m not sure about you but that sounds like a guy I’d like in my corner. 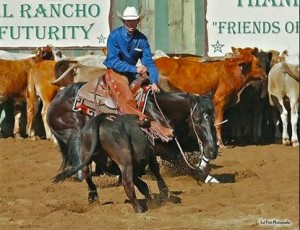 Jake’s first aged event horse, Ann Olenas Cat, was given to him by Fred Steck and together the pair amassed earnings of $90K through the gelding’s 6 year old year with help and support by Morgan, Kate and Fred Steck along the way.  After having success with “Blackie”, Mr. Steck decided to give Jake another go with a half-brother named Hick Oleana, aka “Pickles”.  Pickles went to Kate’s brother Luke Neubert for his two-year old year and came back from training as a solid, broke horse.  Under the instruction of Morgan and Kate, Jake and Pickles ended up winning the Las Vegas and Idaho Futurities.  Recently, What About Blue has earned a top spot on Jake’s list having won the Wild Card Round at the NCHA Breeder’s Invitational together.  “I had never been in that “Go Big or Go Home” type of situation at such a big show and it was a lot of fun to be able to rise to the occasion and have it all work out.”  As a showman Jake has experienced his share of set-backs and criticism from trainers and turn-back help.  Everything from “speed up!”, to “slow down!!”, to “get yourself together!!!”has been shouted across the cutting pen towards Jake with it all adding up to to a better run the next time.  In Jake’s own words, this feedback has helped him to “start showing better and it’s really help shape and push me to do better every time.” 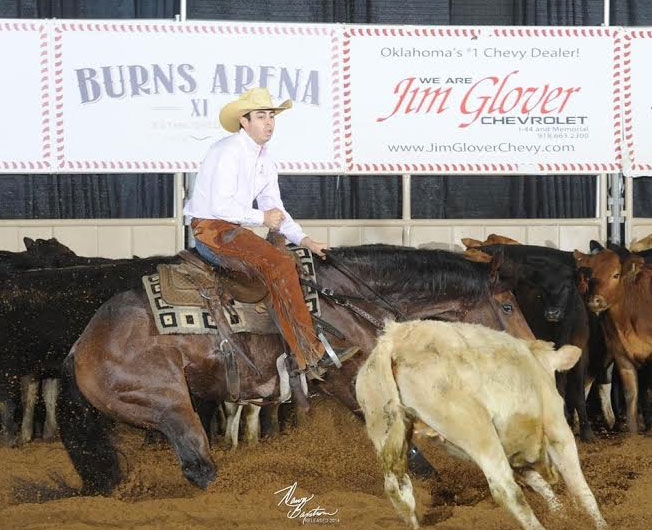 Jake plans to keep honing his horsemanship and showmanship to continue to show in NCHA Non-Pro competition and to potentially begin building his own cutting horse breeding program.  In true Jake form, when asked for a little advice, his response was laced with the passion and purpose he possess down to his core.

Well I wish nothing but good things for Jake Pinheiro because when passion and purpose combine in a person, the results can only be phenomenal.