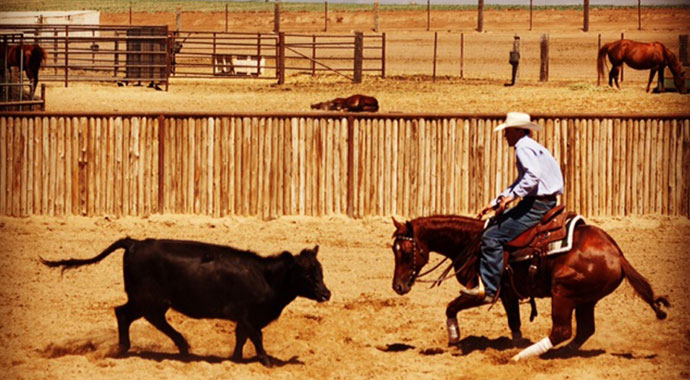 Coming off of two consecutive year wins at the the Western States Horse Expo Magnificent 7 All-Around Stock Horse Championship and a Reserve Championship title at this years NSHA Open Futurity in Paso Robles aboard “CR Stylish Danny Rey” owned by Erica Freitas, Justin Wright seems to have a “secret sauce” for success.  I headed out to Justin Wright Performance Horses which is now housed in Santa Maria, Ca at Eric Freitas’ beautiful facility to see what’s in the sauce.

Well this is where it’s at isn’t it?  This is the heart of it.  Of cow horse.

Justin has been raising performance quarter horses with his family his whole life and recently relocated to Santa Maria.  The program has transitioned from “Wrights Quarter Horses” to “Justin Wright Performance Horses” simply because Justin and his mother Sharon are shifting their focus slightly from a breeding operation to more of a training focus.  “There was never anything that just belonged to my parents and likewise, nothing ever belonged to just me.  We were always in it together.  It’s always been a partnership and will continue on that way.  We used to have 6 stallions and over 60 broodmares.  Now we’re down to a handful of broodmares and no stallions.  The focus has just shifted.”  As Justin’s mom holds the horse that Justin is about to get on a ride, she smiles and says “We kept the mares that were special to us.  Some of Justin’s first show horses.  They’ve been really good to us.”  With that Justin hops on a San Juan Ranch bred 3 year old stallion that’s in his string headed to Reno for a little dry work and cow work practice. 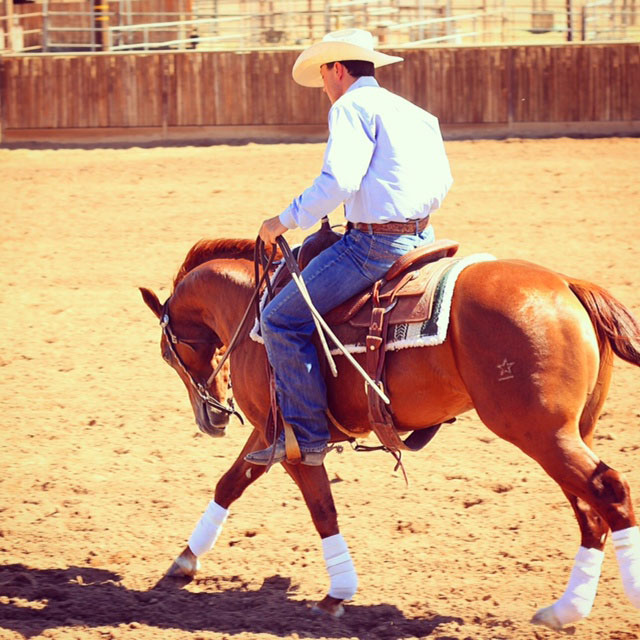 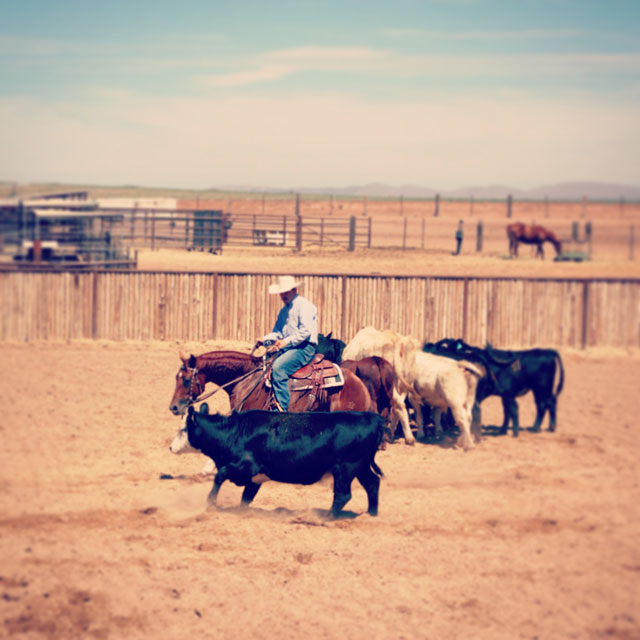 Coming off of a great show in Paso at the NSHA Futurity aka “The Pre Futurity” for Reno, Justin is pleased to say that all horses did great at the show and passed their recent vet checks with flying colors.  Since keeping show horses sound is one of the major challenges when preparing for a big event, I asked Justin how he does it.  “Well we keep them in really good condition.  Very fit.  We have a really good nutrition program, we feed Platinum Performance, we keep in close contact with our vets Dr. Matt Burd and Dr. Ian Campbell and a lot of luck!  The set of horses I have this year are some of the nicest horses I’ve ever had.” 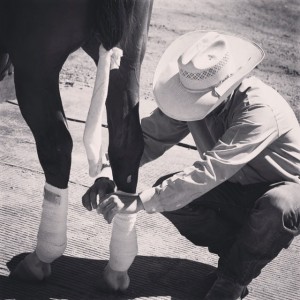 We headed down to the main arena for some dry work and Eric Freitas and Korie Baker came over and sat next to me on the bench, along with Newt – a border collie that really wanted his picture taken.  They watch Justin work the stallion by Dual Rey and occasionally shouted out “Nice!” , “He looks really good!”, and “Great stop!”.  The atmosphere is an extremely happy and a positive one and Justin makes sure to mention how thankful he is to Eric, Korie and his mom and credits them with helping him to come into his own as a trainer.  “I’m just really happy.  In a very content place and I think that’s helped me this year.  And I’m going to have a baby in December, so it’s really just all coming together I think.” 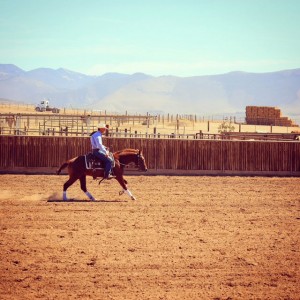 So why the move from San Juan Bautista to the Central Coast?  With a laugh Justin says “Well this is where it’s at isn’t it?  This is the heart of it.  Of cow horse.  I was worried at first since there are a lot of cow horse trainers here, but there’s a lot of horses too and all the people have been great.”  In addition to the trainers, Justin has a solid set of non-pro’s he’s been helping recently.  “They’re all great.  They just get it, try really hard and take set-backs in stride.  You’ve got to learn how to lose before you can learn how to win.  Hopefully now we’ve all learned something about winning!”

I would say they’ve definitely learned a thing or two about winning.  Best of luck to Justin in Reno this year at the NRCHA Snaffle Bit Futurity and congratulations to you and Gloria on the coming arrival of the newest member of the family. 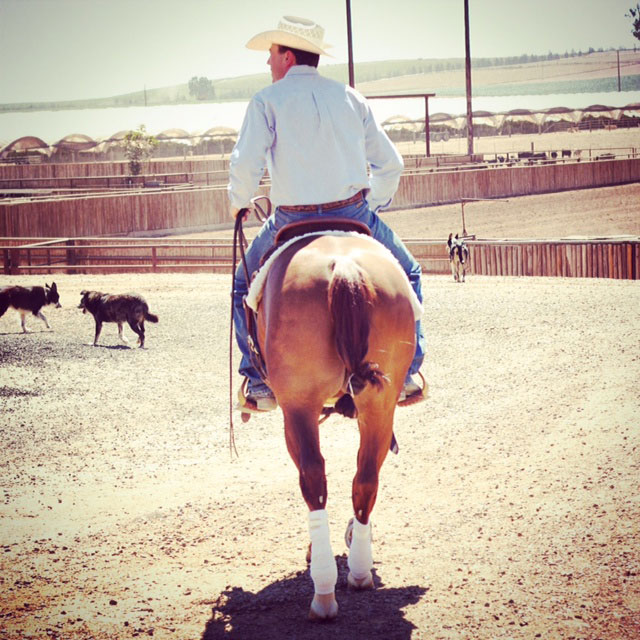 Loves the Husband, horses and crazy Kelpie dog Hula. Central Coast resident since 2002, Animal Science Degree from the one and only Cal Poly SLO in 2005. Dabbles in photography.