After winning the Kentucky Derby and the Preakness Stakes, on June 7, 2014 California Chrome had the opportunity to race at the Belmont Stakes and go down in history. If he had won, he would have been the first horse in 36 years to win a Triple Crown. However, he almost didn’t race at Belmont Stakes due to the fact that he wasn’t going to be able to wear the nasal strips that had been worn in the previous six races he had participated in. 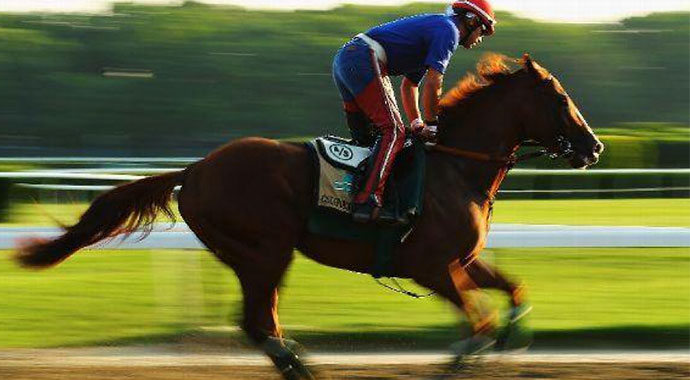 Shortly after the conflict, Sherman put in a formal request and the NYRA (New York Racing Association) announced that they would approve the use of nasal strips for all horses. After that, fans began to show up at races wearing human nasal strips to support the American Thoroughbred. The support presented an opportunity for a manufacturer who makes the strips. They planned to give away 50,000 human sized, purple, nasal strips that said “Chrome” on the front. As anyone on the outside looking in could tell, California Chrome had an overwhelming support system and fan base to cheer him on.

… One comment even referred to him as a ‘legend’. I couldn’t agree more.

Despite his past victories and trials that he has overcome, it was Tonelist who won the race. Commissioner took second, and Medal Count took third. Coming out of the gate, our fan favorite, California Chrome stumbled out of the gate as he bumped another horse. As the race went on he held fourth place and eventually fell back to fifth. Towards the end his jockey, Victor Espinoza, tried to press him but Chrome wasn’t able to gain ground. As the horses eased into the home stretch, Commissioner was taking the lead. However, Tonalist continued to push and ended up beating Commissioner by a head with a winning time of 2:28.52.

Although, Chrome wasn’t fortunate enough to win, plenty of other history was made! The purse money for Belmont was $1,500,000, this was a $500,000 increase from last year’s race. A record breaking amount of money bet for Belmont Stakes! 102,199 people attended this year, making this the third largest race in Belmont’s history.

… This is America’s horse.

After the race was over, everyone was disappointed. Including Chrome’s Co-owner, Steve Coburn. Coburn released angry, emotional statements after the race. He even claimed in an interview that horses like Tonalist racing in Belmont but not the first two races was like him “Playing basketball against a kid in a wheelchair”. However, Coburn’s attitude quickly changed when he appeared on “Good Morning America” for the second time in a row. This time he was there to apologize for things that he had said. He specifically apologized to everyone involved at Belmont, including Tonalist, and his wife. He explained how emotional this experience has been. He said. “This is America’s horse, I wanted it so much for this horse to win the Triple Crown for the people of America. And I was very emotional.” 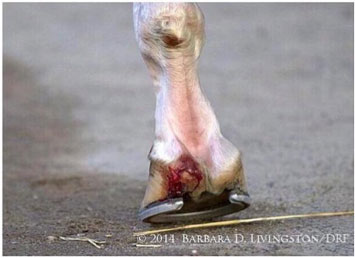 As if the other contestants, weather and climate differences, and a longer track weren’t enough; California Chrome also injured himself, clipping off a chunk from the back of his foot coming out of the gate.

As rumors fly and conspiracies are contemplated, one thing will always hold true. California Chrome may not have won the race, but he will continue to win over all of his fans. He showed true heart when he finished strong, even with the injury. When you visit his fanpage on facebook, his fans from all over the country, are letting their opinion be known. One comment even referred to him as a ‘legend’. I couldn’t agree more. 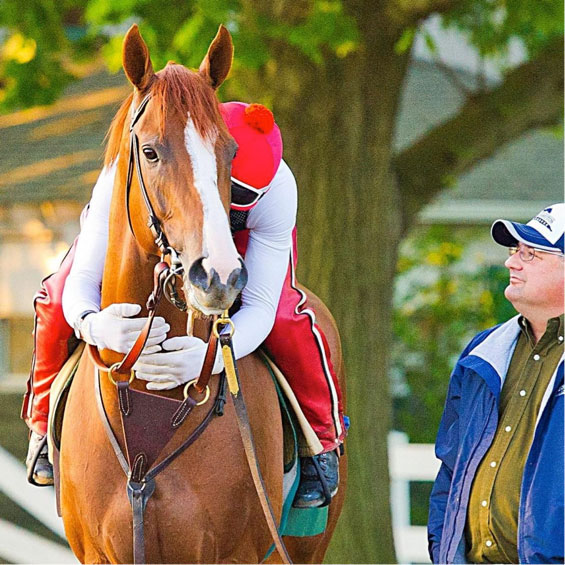 To read more from Carley about California Chrome, visit: https://www.slohorsenews.net/california-chrome/