I love social media. It allows you to connect with so many different things. Case in point, Equi-Ping. After finding each other on Twitter, I looked in to their product and really liked what I saw. They were nice enough to send a few samples across the pond and we gave them a go. 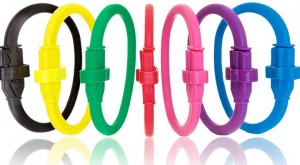 Equi-Ping was created by husband and wife team Martin and Michelle Smith – both pros in the horseracing industry in the UK. As their website states, “Under normal circumstances the Equi-Ping keeps the horse tethered safely and only comes into play if the horse panics for some reason and pulls back sharply. Equi-Ping is designed to ‘ping’ open at this point helping to minimize potentially serious injuries if the horse continues to struggle.” In essence, it keeps your horse from injuring itself from thrashing while tied.

Nikki and I we’re fortunate to have the perfect horse to test these on. Tasha is a 14 year old Arabian mare who’s had a pretty rough life before she came our way. She was shown as a weanling, but one instance of refusing to load in the trailer resulted in her getting whipped until finally escaping, and running through a steel cable fence. She still has the scars all over her legs & chest to prove just how bad it was. Needless to say she was a wreck when we got her, but she’s come a long way and is even coming along quite nicely under saddle. But, as you could imagine, she doesn’t like being forced into anything. When we got her, we we’re told she didn’t tie, so we just left it alone and didn’t push it, until now… 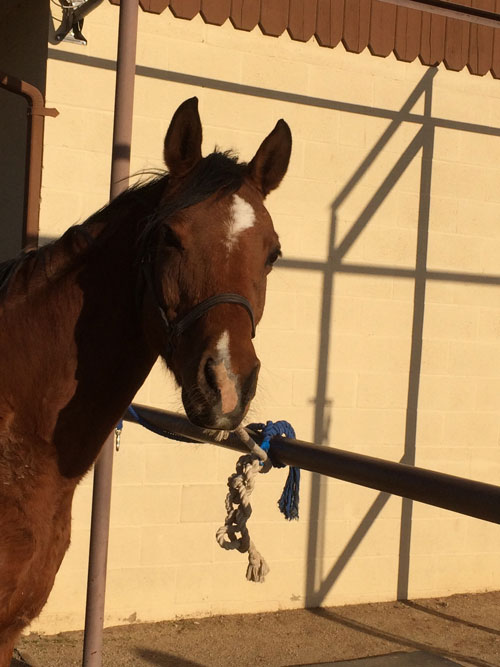 Tasha, tied and looking for carrots.

If Equi-Ping works as it says, then the tie would simply break if Tasha pulled back and fought it, no harm done. We used a safety knot in her rope for added  protection to make sure she’d be ok if something happened.

Drumroll please… We discovered that Tasha does indeed tie and doesn’t much care. She just stood there looking at us and begging for carrots.

A bit unsatisfied, we decided to give the product the true American test and tied it between our truck and a tie post. Victory! The product worked exactly as described and broke as soon as heavier pressure was applied. See the video below.

Now the critics among us may be wondering if the thing just breaks at the slightest touch. I can assure you that’s not true. I would consider myself to be a pretty strong guy, but in no way could I directly pop the closure. Point being, it’s made for horse pressure, so it’ll give before things get messy, but still hold on for a normal horse’s movement when tied.

Even more that it’s intended usefulness against horse injury, this product proves to be an effective tool for trainers and rescues. It allows you to have the confidence of safety when tying an abused or unpredictable horse. And let’s be honest, when your confident in a situation, the horse is more confident, and you can get farther, faster training than you would otherwise.

All in all, Equi-Ping is a win and something we’ll be sure to have on hand around the barn.

Find out more about Equi-Ping at http://www.safetyrelease.co.uk/ or get some for yourself at Riding Warehouse. 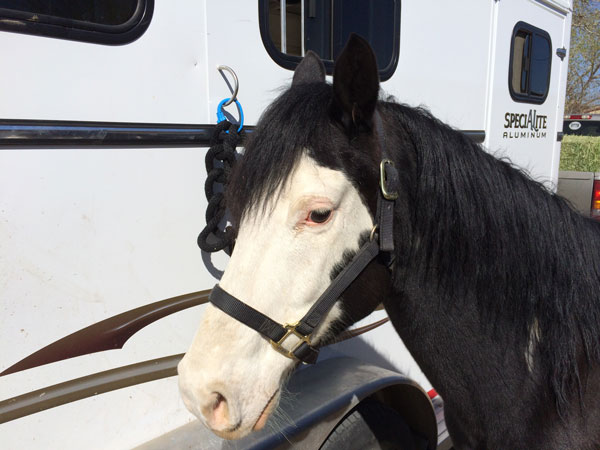 One of our other rescues, Domino, modeling Equi-Ping.