“So anyone can walk up and say, ‘Polo looks like fun’ and be able to play?” I asked, Trista Noland, a first year student on the women’s Cal Poly Polo Team – yet a veteran player – as we were discussing the team’s recent success. Trista replied laughing, “Yep, pretty much!”

Now before you think that Polo is just that easy, these horsemen and horsewomen work extremely hard, put in countless hours and support each other both inside and outside of the arena. Trista talked to us a little bit about the training that goes into this team sport.  “We practice both on and off the horses. We have a hitting cage where we practice (or learn) our swings, and work on strategy outside in the arena.”

Horses, of course, are a big part of the game, and Trista was happy to discuss them.  “A lot of players show up who have never been around or ridden a horse before. We have a great group of horses that take care of our riders.”  The majority of the polo ponies used by Cal Poly are owned by Central Coast Polo, and a few riders own their own polo ponies.

Just as important as the horses are the players.  Trista also talked to us a little about them.  “We have worked on our communication both in and out of the arena this year. We learn to work together as a team with the same common goal. We spend a lot of hours on the road hauling the horses and working together. This makes us a team.”

So, what exactly is Polo all about? Intercollegiate play involves three players on horseback who play a “chukker”, or a 7.5 minute quarter of the game.  The ponies are galloping or cantering the entire chukker, while the riders work together to put the ball through the goal by hitting it with a mallet.  Sounds simple, right?  Well, it’s easy to get started, but the men and women at Cal Poly take their sport seriously and put in all the effort to be the best that they can be.

The Cal Poly women’s team travels with 10 players.  Trista explains how they utilize all of the players and their unique abilities, “We have three starters and seven alternates.  Our coach, Megan Judge (who also runs the Central Coast Polo Club) decides who enters and when to put a player into the game.”  Intercollegiate teams traveling to each competition borrow a string of six horses for the weekend, provided by the venue. Sometimes Cal Poly brings a string and they’ll run a “split string format” where they ride a few of their own then lend and borrow others.  It’s all about team work, camaraderie, horsemanship and the ability to adapt to new and different horses.

The 2016 women’s team is well on their way to competing at the Intercollegiate Polo National Championships, which run April 2 – 10, 2016 held at the University of Connecticut. Fresh from winning the 2016 Western Region Intercollegiate Polo Championship on March 13 – 14 here at the Central Coast Polo Club in Los Osos, the women are looking forward to competing at Nationals. The Cal Poly women bested five other Western teams – Oregon State, Washington State, University of Idaho, Stanford and Montana State. Now, five riders, Jillian Tietje, Fiona McBride-Luman, Hannah Heitzeg, Leah Torres and Trista Noland will be traveling together with their coach, Megan Judge, to the University of Connecticut for the Nationals.

There will be four women’s teams – the champions from each region – and six men’s teams competing at the Nationals. Each team will borrow a string of six horses and have those same horses throughout the competition. Cal Poly’s men’s team lost in the Semi-finals at the Regional competition. “They have come a long way this year,” Trista explained. “All the men are new to Polo, but they have worked really hard.”

The Cal Poly women, representing the Western Region, will be competing against Texas A&M University (Central), University of Virginia (South East), and Cornell (North East). Trista is excited about Nationals. “I’m honestly looking forward to the Championships. We’ll have a great experience and give them a run for their money! The East Coast teams have deeper roots in Polo but we’re looking forward to meeting up with them. It all boils down to individual playing ability and working together as a team.”

This is a huge year for Cal Poly Polo,” continued Trista. “We finally became a recognized campus club in the Animal Science department. We are now an official intercollegiate sport and we are hoping to reward the college by bringing home the National Championship Trophy!” 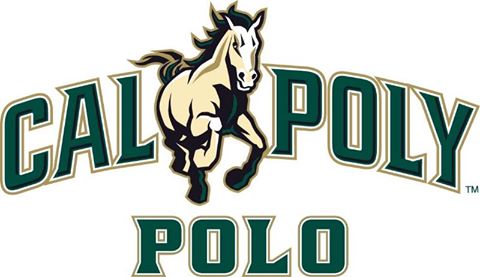 Trista, a SLO County native, grew up around horses but after a fall when she was 3 years old she was afraid of horses. At 13 years old she got back into the saddle and got the feeling for it.  “Both my parents are athletes,” she remarked, “I knew I wanted to play a sport, but didn’t know what. Polo just clicked for me.”  So it seems that when horses are in your blood, and you have a thirst for competition, there’s nothing that can keep you down.  We wish the entire Cal Poly Polo Team safe travels and the best of luck on their trip to Nationals!

Written By
Sharon Jantzen
More from Sharon Jantzen
What is that little Thoroughbred foal’s fate if he doesn’t run, or...
Read More