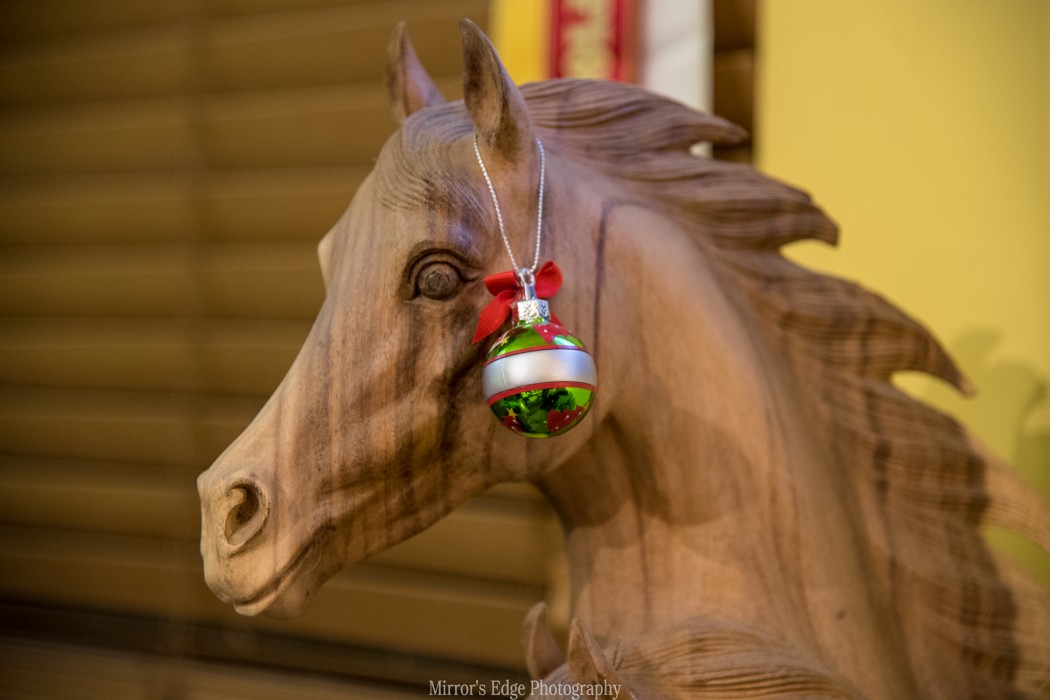 When it comes to being an equestrian, we tend to have very specific – and sometimes interesting – ideas for ourselves when it comes to gifts. How many people would give up jewelry or power tools for a new bridle or a pair of fancy medicine boots? Quite a lot, if you’re talking to a horse person! Since Christmas is fast approaching, I asked a few locals what was at the top of their “horsey wish list”…let’s see what they are asking Santa for this year!

Tack, Clothing, Accessories, a Horse . . . What’s On Your Horsey Wish List This Year?

Kristin D – San Luis Obispo
“I’m always that strange person who asks for horse stuff for the holidays; when my friends are looking for new clothes, shoes, make-up, or Starbucks cards, I’m looking for stuff that I can use at the barn. This year, I asked for a gift card to Riding Warehouse, because what’s better than an after the holidays shopping spree in your favorite horse store?” 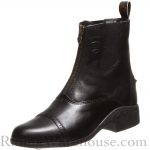 “I’ve been wearing the same pair of paddock boots for 3 years. I was washing my gelding the other day and my feet were soaked afterwards. So, this year I’m hoping for a pair of new boots. I wouldn’t mind a few pairs of breeches too; a girl can never have too many pairs of breeches!”

Ron R – Arroyo Grande
“It’s probably out of the question, but I’ve been looking at this really nice little mare as a roping prospect for the last month. She belongs to a friend of mine and I was hoping to get some cash together to be able to make a deal by Christmas, but I haven’t had as much luck as I had hoped. Who knows, though, I might get lucky!”

Janice T – Arroyo Grande
“Wow, there are so many things on my ‘horsey wish list’, but I guess what I could use most is a new blanket for my gelding. He’s torn his apart over the last two years and I think I’ve made the last patches I can make. So, a nice waterproof, high-necked, low fill blanket would be a nice surprise under the tree…size 72 in case anyone is reading this.” 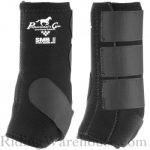 “What I really need this year is a new pair of medicine boots for my mare, and possibly a matching pair of bells boots – she’s torn hers apart and the Velcro barely sticks anymore. I just can’t justify buying them right now, but finding them under the tree would be really great. A gift card would be nice too, because then I could pick out exactly what I want.”

Margaret – Atascadero
“It’s a lot to ask the big guy in the red suit, but this year I’m looking for a new endurance saddle. I’ve tested about 5 different types over the last few months and finally narrowed down what I want, so a saddle would be at the top of my horsey wish list. Considering the expense, though, I’d be happy with cash that I could put toward the saddle, as well.”

Michelle M – Paso Robles
“Okay, this is going to sound really strange, but I’m one of those girly-girls who likes jewelry…but I still like the horsey stuff, so I found this really amazing gold bracelet that is a horse head wrapping around and connecting back to a horse tail. I’ve been eyeing it at one of the local jewelry magazines that I get that is focused on horse people for the last six months, and I’ve been dropping hints…we’ll see how perceptive my husband is!”

Melanie G – Santa Ynez
“Wow, how about a year’s worth of services from Alamo Pintado and Pete, the farrier? That would be a welcome horsey wish list gift! I’d settle for a nice gift card, a cool new hat or two, or a nice, new show shirt – the blingier the better!”

Bobbie S – Arroyo Grande
“What’s at the top of my horsey wish list? How about a full time assistant – a robot would be best so I didn’t have to pay. I’m so busy with my training business that I hardly have time to think lately, so having an assistant would be incredible. Let’s see if Santa can make that one happen…I’m not holding my breath!”

Some great answers by some great local horsewomen and men as to what is at the top of their horsey wish list, and I have to admit that “Bobbie’s” full time robotic assistant would be a pretty amazing addition to my barn life as well, and “Melanie” is also a kindred spirit with her suggestion of a credit for Alamo Pintado and Pete Healey! I will, however, settle for whatever comes my way, because the joy of the season comes in the giving and joy associated with giving…but a new pair of boots or some horsey jewelry would be kind of fun!

Just so you know, we do get a little kick-back from Riding Warehouse when products are purchased through their links. So thanks for helping us out!

I have been an equestrian most of my life, having gotten my first pony at the age of 5, and 30 years later, I competitively exhibit my Half Arabian Reining horse on both the Arabian and NRHA circuits. There are three passions in my life, riding, photography and writing. Being able to combine all three of these things is a dream come true.