Run . . . Shoot . . .Ride . . . Swim . . . most of us have done at least one of these activities, but how many of you have done them all in one weekend competition? The sport of Tetrathlon is an exciting combination of these human and equine sports all rolled into one competition. Recently, a SLO County team of Pony Clubbers http://www.ponyclub.org/ became Tetrathletes and had a really fun and successful weekend doing all of those activities, and more. 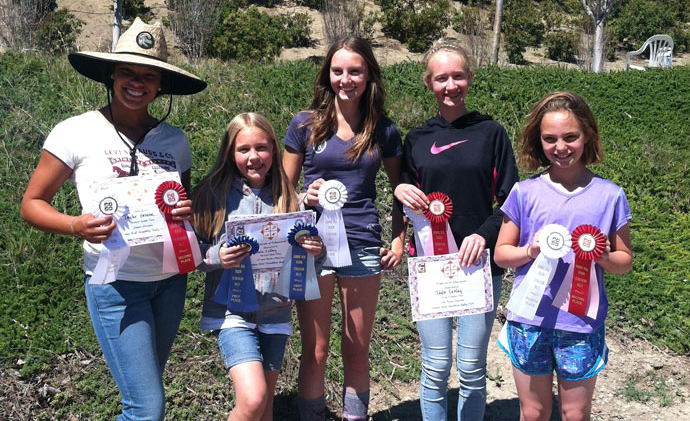 Five members, Taylor G, Jenna, Chloe, Taylor L, and Lexi of Mesa Meadows Pony Club in Nipomo recently took part in the Camino Real Regional Pony Club  Tetrathlon Rally held at the Meadows of Moorpark in Moorpark, CA on April 4 & 5. This was the first Tetrathlon Rally that members of the Mesa Meadows Pony Club have participated in and they did so without much training in anything other than the riding! The five members did quite well even without specific training. Four of the members, Chloe, Taylor G, Lexi and Taylor L went as one Mesa Meadows team and placed 4th in the Pre-Novice team competition. The fifth member, Jenna, joined another club, Cuddy Valley, whose team won the 10 and under age division and Jenna was the High Point 10 and under Tetrathlete! Jenna mentioned that she only knew one of the girls on her team prior to the event but that, “They were all really nice and friendly. I want to be on a team with them again next year.”

“As in all Pony Club Rallies, stable management is judged and is part of the competition.”

The weekend began Friday with the arrival of the horses and Tetrathletes. As in all Pony Club Rallies, stable management is judged and is part of the competition. So Friday’s focus is on setting up the stall area to be sure the horses are stabled properly and safely so that their needs can be met at all times. Teams will get points deducted throughout the weekend for things regarding stable management such as a horse not tied correctly, no or low water for the horse, a dirty stall, tack rooms not in order and sweat marks left after riding. Team members must work together to help keep the stable area clean and in working order and not lose points for their team. Friday night was the “jog out” where each horse is trotted past the event officials to determine soundness for the event. Any horse not passing the jog out will not be able to compete in the competition.

The first event Saturday was the cross country running. The Tetrahletes ran in their age-groups or team divisions at similar times, and each participant’s time to complete the cross county run was recorded. Each division had a different distant to run, the shortest being 500 yards and the longest 1,000 yards over cross country terrain. Chloe described the running event: “The run was more challenging than running on a track. We had to run up hill and the whole run was along cross country terrain.” Taylor G mentioned, “The running was very difficult. I had to run just over one mile, but the parents were really supportive. When they saw the I’m-going-to-pass-out look on my face they cheered for me and I kept going!”

When they saw the I’m-going-to-pass-out look on my face they cheered for me and I kept going!

The shooting event followed the run phase. Most participants had the least amount of experience with the shooting event so a pre-event clinic about shooting was held early Saturday morning. Three out of the five Mesa Meadows Pony Clubbers had never held a gun before this but all came away with a positive experience. Jenna, who won first place in shooting in her age group, commented about her experience: “I learned that I was pretty good at shooting.” 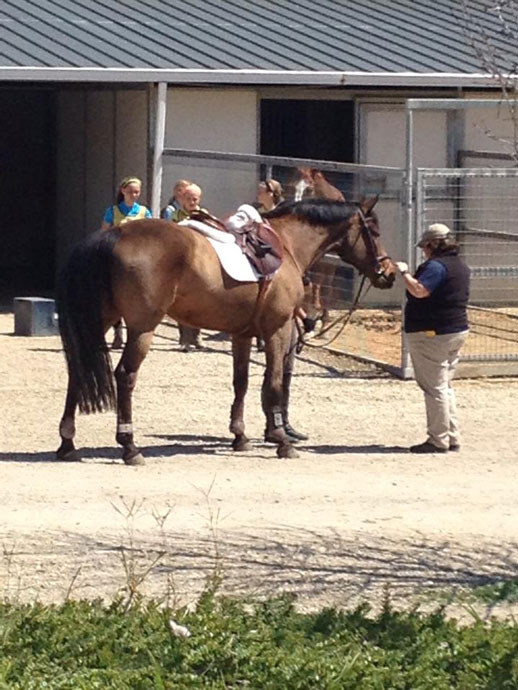 After lunch on Saturday the Tetrathletes demonstrated their horsemanship skills by riding their mounts over a course of obstacles both jumping and other. However, just like at any Pony Club Rally, the horses and riders first faced, “Tack and Turnout”. Here each pair is inspected for the safety of their equipment and cleanliness of horse, rider and tack. Points are deducted if things are not up to “Pony Club Standards”. Points deducted impact the Stable Management points. Chloe, who got a perfect score on Tack and Turnout, said, “They are really picky; we were scrubbing the dandruff out of Taylor G’s horse’s mane on Friday. To get ready for inspection, I wash my horse, clean my saddle, wipe my boots and make sure everything is secure and fits properly. I go over my tack with a Lexol cleaning wipe right before inspection.”

Included in this year’s Tetrahlon Rally jumping phase were two gate obstacles, one negotiated dismounted and the other opened and closed mounted. This event is judged on time and faults. This was Jenna’s favorite event and here again she placed the highest in her age division jumping over a course of obstacles 18” high. Other divisions jumped fences set at 2’3” to 3’3”. For Taylor L this was her most challenging event as she was the first to ride on her young welsh pony, Casper, which she shared with her sister Jenna. It is very common to have shared horses at a Tetrathlon Rally, however one horse or pony is limited to two rounds. Taylor, who got special permission to jump the lower course due to the inexperience of her pony, said that she was a bit anxious going into the event because she was not sure how Casper was going to respond to the all the different obstacles. Taylor was happy to report that, “Casper was really good. He was bit confused about the gate we had to go through mounted because he did not understand that he had to stand still and he didn’t know what to do. He was fine with the gate where I had to dismount because he could see what was happening.”

The final event, swimming, greeted the Tetrathletes Sunday morning. This event ended up being perhaps the most difficult for many participants, primarily because the participants took it for granted. Chloe said, “I learned to give a lot of respect to swimmers. I am pretty fit, but I had difficulty with the swim.” In contrast, Taylor G was right at home during the swim phase, as her other sport is Water Polo. The swimming distance was determined by age and division with 50 yards being shortest distance and was required of the 10 and under age group to 200 yards for the more advanced divisions.

All the participants agreed that being Tetrahletes was really, really fun and that without hesitation they would all do it again and perhaps train a little more for the events they struggled with. Chloe said, “Yes! I plan to do this again next year. It was really fun to do something different. To prepare, I will do more swimming and go on runs and get practice shooting with one hand.” One of the best things about a Pony Club Rally in general was captured by Taylor L who said, “What I really like is that the kids are really nice and supportive. Everyone cheers for each other and we get along very well. People look out for each other; almost like family.” 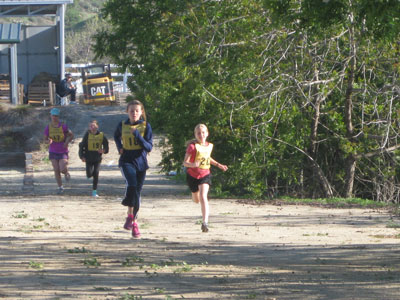 “Run-The Run phase of competition challenges each competitor’s physical stamina and endurance. The course is designed over cross country terrain and may include obstacles that must be negotiated, such as hay bales, logs, low event fences, etc.” 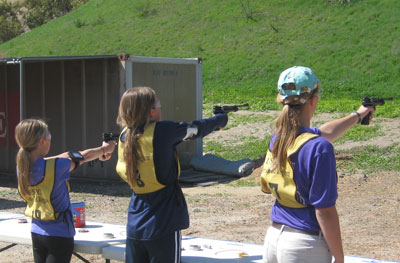 ”Shoot-The shoot phase of competition tests a competitor’s skill, in a standing position, using an air pistol on a 10 meter course. Any type of compressed air or CO2 pistol is permitted which does not exceed the specifications outlined in the Tetrathlon Rule Book.” 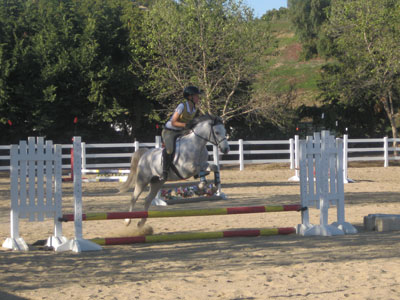 “Ride-The Ride phase of competition provides an opportunity for the rider and mount to demonstrate equestrian skills over a predefined course. Courses are designed as Stadium, Cross Country, or a combination, where the course incorporates Stadium fixtures as well as natural terrain.” 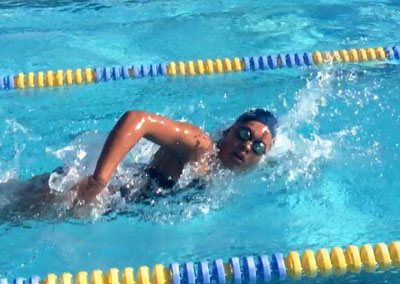 “Swim-The swim phase of competition allows competitors to demonstrate their swimming skills over a pre-defined course length, measured in either meters or yards.”