Future Farmers of America is an organization that not only helps kids get their feet wet with the agriculture industry, but it also gives kids the opportunity to learn extremely important leadership skills. FFA members have the opportunity to do everything from raise livestock and compete in public speaking competitions, to doing one or more of the many, many, CDE (Career Development Events) and SAE (Supervised Ag Experiences), that this organization has to offer. However, this wouldn’t be possible without the Ag Incentive grant. Among the many proposals in Governor Jerry Brown’s proposed 2014-2015 state budget, is one that local and state educators say could have serious impacts on agricultural education. The governor’s budget proposes to eliminate the Agricultural Education Incentive Grant, which supports agricultural education in the state’s schools. I spoke to a few passionate FFA members, who in my opinion, are prime examples of students who will take the things that they have learned throughout their high school career with the Future Farmers of America, and apply them to daily life.

The Incentive Grant provided $4.1 million dollars directly to agriculture education statewide. Brown believes that the program should operate on locally controlled funding. Local advisors and students fear local funding would mean many programs will close, because districts will use funds no longer designated for agriculture on anything they choose.

The first member I spoke to was Whitney Whitaker of the Atascadero FFA Chapter. She is truly passionate about this program. In addition to having served as a sectional and chapter officer, she also competes in livestock judging, and she shows sheep and swine. Whitaker says that her involvement in FFA has been extremely influential in her high school career. “I have gained life skills such as public speaking, business skills dealing with agreements, and managing money. “ In addition to all of the other pertinent life skills she has learned, one big thing on the list is leadership. She says that all of the things that she has learned over the years through FFA can be applied everything in life. She adds,

All the agriculture students will be one step ahead in the game of life.

I also spoke to another young leader in our community, Nathanael Bourgault of the Paso Robles FFA Chapter. Nathanael is also someone who has been dedicated to our organization all throughout high school. Being a junior now, he has already served as an officer at the chapter, sectional, and regional level. He also competes in public speaking competitions, represented California last year at the national level for livestock judging (placing in the top 10!), and he also shows livestock. He says, “Being involved with FFA has taught me to be a true leader! Not only did it teach me to give 100% in everything I do, but also to effectively work with other people to accomplish a task.” Nathanael also addressed skills such as keeping records, working diligently, taking on responsibilities, and managing his own projects and money.

Being involved with FFA has taught me to be a true leader!

Another student I spoke to was Anthony Gobea also Paso Robles FFA. Like Whitney and Nathanael, he has also served as a chapter and sectional officer. Additionally, he shows pigs, and competes in livestock judging, and public speaking competitions. When I spoke to Anthony about the impact that the FFA has had on his life, he told me that he has grown as a person and tried things that he wouldn’t have done if it weren’t for being involved. His own personal growth has been most improved over the last four years, as FFA has changed his life. “FFA has given me more confidence and self worth. It taught me that there is more to life than just yourself. I wouldn’t be the person I am today without FFA.” Being part of this organization also gives Anthony and over 75,000 other members the drive to succeed. He says, “When looking at the big picture many of those students are in our Ag programs and grow up to be very successful. And cutting Ag incentive is like cutting their drive in school.”

I wouldn’t be the person I am today without FFA.

One thing that both Nathanael, Whitney, and Anthony all had in common, was that they all agreed that being involved with FFA will give students a leg up in their future career. FFA teaches you communication skills, and how to represent yourself professionally. This organization not only prepares us for basic professional skills, it has been a saving grace for students who had trouble socially, or maybe they didn’t fit in anywhere else before. FFA helps students to come out of their shells and rise to their true potential. Throughout all of the experiences and opportunities that members are opened up to, it’s no wonder that the FFA is the largest youth organization in the United States. This is something that kids want to be apart of, whether they realize how it will help them on later on or not.

“The future of the states agricultural foundation is founded in today’s youth. Save FFA only saves California in the end.”

California, we need YOUR help to save FFA in California. Being a state that produces and exports extremely high numbers of Ag commodities that consumers use everyday, we can’t afford to hinder our Ag education. We need FFA to prepare future generations, because if they don’t have FFA, they won’t be prepared to help feed our growing population. You can’t get these kinds of hands on experiences anywhere else. To summarize, Whitney explains the severity of the situation in a nutshell, “The future of the states agricultural foundation is founded in today’s youth. Saving FFA will save California in the end.”

What can you do to help? 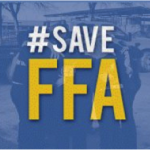 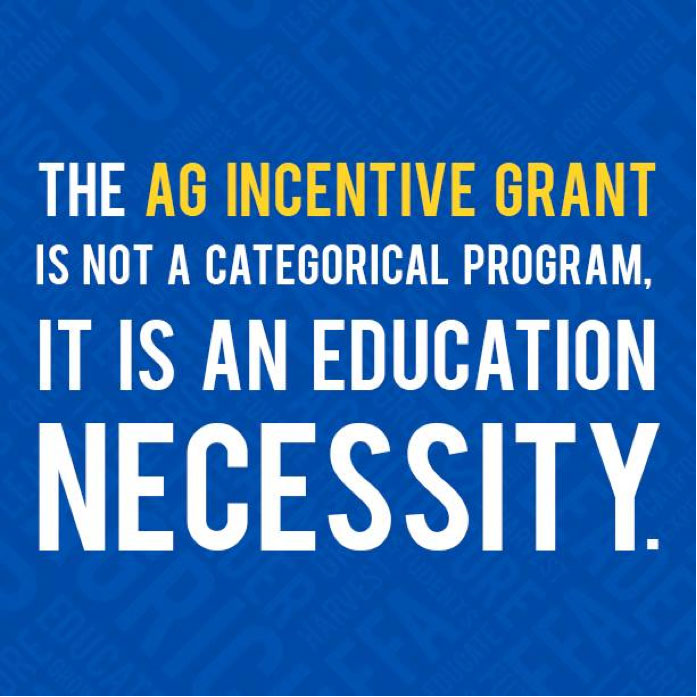