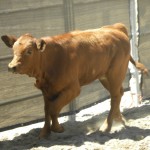 The calves were separated and waiting their turn to be worked, as part of the Reined Cow Horse clinic. They were bawling for their mothers, who were bawling in return; the sound was deafening, and occasionally drowned out the loudspeaker. Yet the instructions from Travis Mankins, as he coached each participant, were heard loud and clear…because he rode right along side each one. 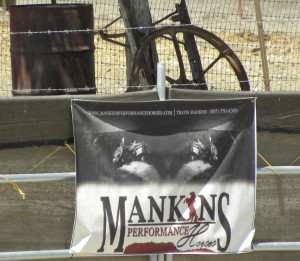 Saturday, August 8th, 2015, Mankins Performance Horses hosted a Reined Cow Horse clinic at their beautiful, and fully-equipped, ranch in Arroyo Grande. Horse and rider pairs from as far as Tehachapi, Oxnard and Bakersfield (as well as many SLO County residents) gathered for a day to work with Travis Mankins and his cows. “We have our own cattle, and they are here close by because of the drought. It makes it easy for us to use them,” explained Meghan Mankins. “The riders come just for the day. We have a variety of experience here, both in horses and in riders. Some horses out there haven’t even seen a cow before, and some have several seasons on them. Most riders don’t have cattle at home to practice on; they practice in lessons, clinics and at shows.” 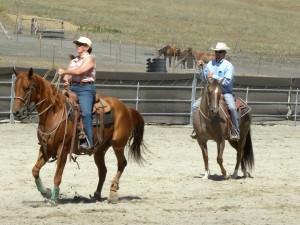 One of the clinic participants, Laura Rene Johnson of Tehachapi, discussed why she had traveled to the Mankins Clinic. “Travis is the draw. He went out of his way to help me at a show. I also liked the way that he rode and trained his horses. So, I came to this clinic,” Laura expressed. “I had a Half Arab that I showed for six to seven years before I got my Quarter Horse, which I started about two years ago.” Laura’s friend, Brenda, explained how serious Laura was about her involvement in the Reined Cow Horse world, and mentioned that she has won several buckles and some “cowbucks” – coupons for future shows.

At Reined Cow Horse shows, horse and rider pairs participate in three different divisions. The first is the Reining pattern. “The Rein Work is off the cow,” explained Laura. “The pattern includes small circles at the lope, change of leads, spins and stops.” Then the rider calls for a cow and begins the “Boxing” portion, which requires the team to demonstrate that they can confine and control a cow by “turning it back” against one end of the arena. “I practice positioning, timing and turning with a flag at home,” Laura explained. Once the pair finishes the “Boxing” portion, they can move on and “send the cow down the fence”. The cow must run parallel to the fence, past the center marker and then back again. Then the pair turns the cow in 360 degree circles in both directions. Imagine the communication required between a horse and rider pair working together to get the cow to move in such specific ways. It’s quite a remarkable testament to teamwork and communication between all the species.

Travis had the entire group of clinic participants in the arena with him at all times, yet he worked with each pair individually; giving them pointers and encouragement as he rode alongside. “Think everything in straight lines,” he encouraged one rider. “Every time that cow stops, we want our horse to think stop. Cow stops, I stop.” Instructing another rider, Travis said, “You want to control the cow, not have the cow control you. Ride right into the cow’s eye. Get ahead of it. Work in straight lines. Have your horse’s nose point at the cow’s nose to begin, and the shoulders should ride through in the turn.” 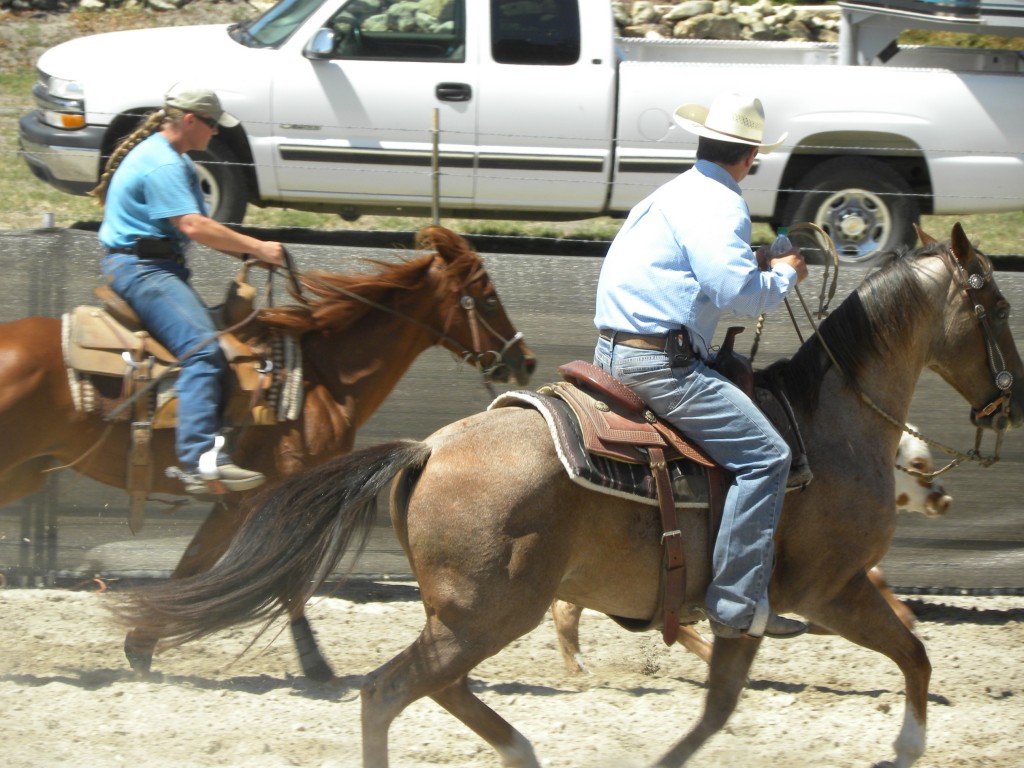 When riding down the fence, Travis had more advice, as he raced along side a participant. “Don’t go any faster than the cow. There should be no distance between you and that cow. Get right on that cow and stay there!” Travis spent the entire morning focused on one horse and rider pair after another, while the other participants looked on. Some horses had never worked a cow before, and some were veterans, and yet each pair accomplished the task at hand and walked away with a new awareness of what they needed to do in order to improve.

After lunch, each pair came back into the arena for the “Dry Work”, or the reining pattern. First on the agenda was sliding stops. To train this, Travis instructed each rider to ride his or her horse at a lope down the arena towards the fence. “Look up and ride into the fence. The fastest strides should be the last few before you get to the fence. Let the fence stop the horse, you just say ‘whoa’.” This was quite mentally challenging for many riders who wanted to anticipate the stop and began slowing down before they reached the fence. Yet for pairs who truly rode into the fence, the sliding stop was long and straight. Whoops and hollers from the other participants encouraged each rider to ride right through the stop. 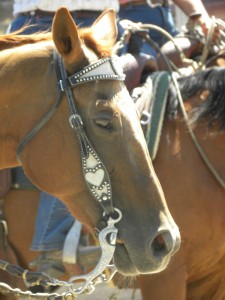 So, Reined Cow Horse work is really not just “all about the cows”…it takes good instruction, where Travis excels, and of course camaraderie between participants who show and train together, and good communication between horse and rider. This is what pulled all of these horsemen and horsewomen to Arroyo Grande on a sunny, summer Saturday at Mankins Ranch, just beyond the Huasna Townsite. The Mankins will be hosting another clinic this month on August 29th. Since many riders are gearing up for some large shows coming late in the season, spots are in high demand. The August 8th clinic filled fast, and a great option is to audit the day if you can’t get in as a participant. You can watch each horse and rider pair, enjoy lunch and hang out with some pretty fun people who are all passionate about their sport…and horses and cows, of course! 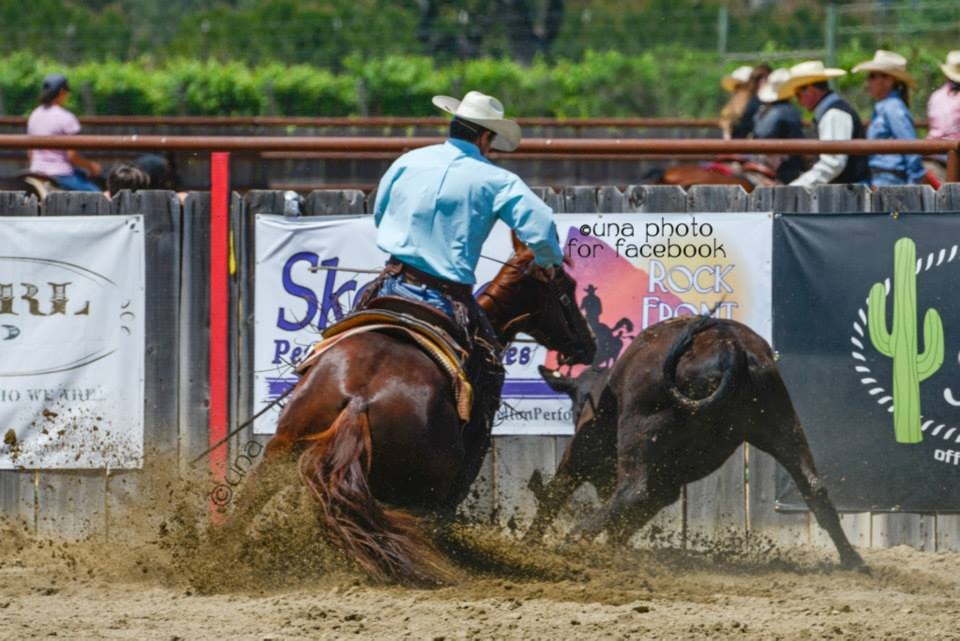 All other clinic photos – except the last one – by Sharon Jantzen

Written By
Sharon Jantzen
More from Sharon Jantzen
Karyn Blaney of ArtSocial 805 will walk you through the process of...
Read More