Once the cornerstone of human transportation, horse packing is now considered an activity for the adventurous. For several years now, Daniel of Grieb Ranch in Arroyo Grande, CA and a group of friends travel with horses, gear and hunting equipment to a wilderness area and spend a few days living off the land…and what they pack in their saddle bags. This year, Daniel was joined by Cody, Greg and Bo. The four of them explored on horseback the South Fork area of the Upper Sisquoc River in Northern Santa Barbara County looking to bag a deer. 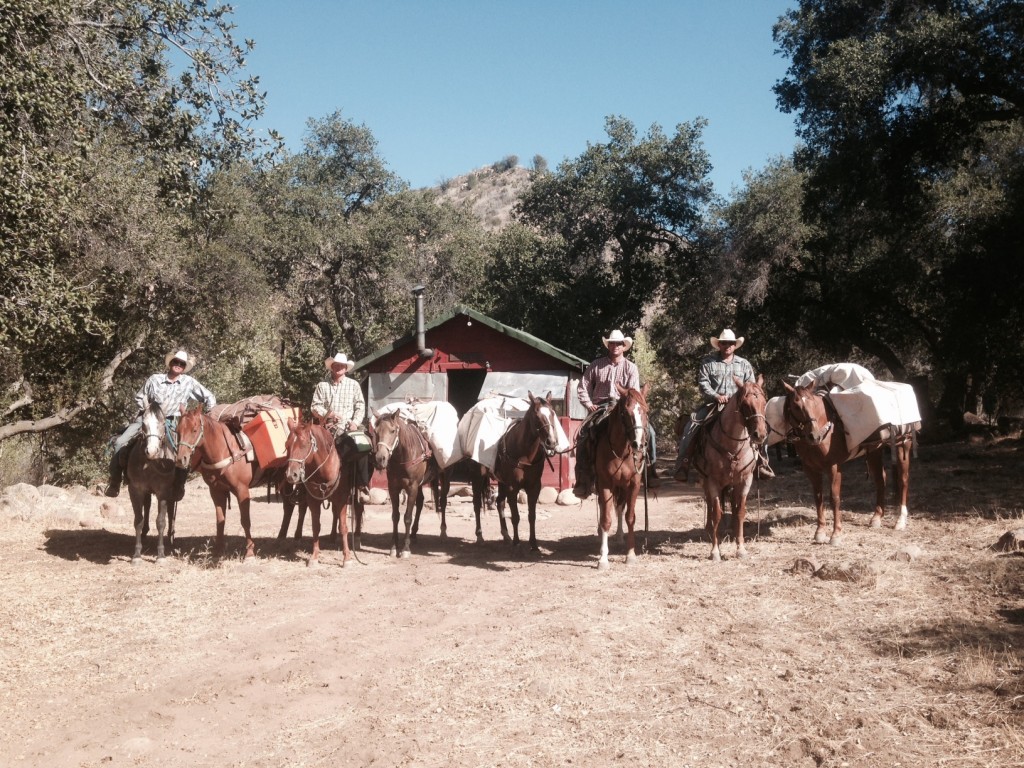 The travelers planned and packed for over twenty-one steep miles. Horses were laden with gear, and riders were prepared for the terrain. It was a long ride, and water was hard to come by. The men camped under the stars and cooked their meals over an open fire – their favorite cut of deer meat being the tenderloin. One morning they enjoyed eggs and fried onions for breakfast. The Grieb Ranch horses were all employed to complete this year’s adventure. The four-horse group included, “Bob”, “Fifty”, “Mr. T” and on his first packing trip, “Joe”, who is the latest addition to the Grieb Ranch string.

Grandpa Carl is the go-to guy for packing tips, experience and even the best place to search for a buck. He has been instrumental in giving Daniel the instruction he needed and in helping prepare for these annual trips. Papa Carl and JR Jennings have taught Daniel how to obtain good horses and pack balanced loads. As the days and miles progress, the loads change and shift. Proper hitches on the ropes holding the packs to the saddles are crucial. Daniel uses one of three types of hitches – a double diamond, a box hitch and a one man diamond. Which hitch is used depends on the size and shape of the pack. 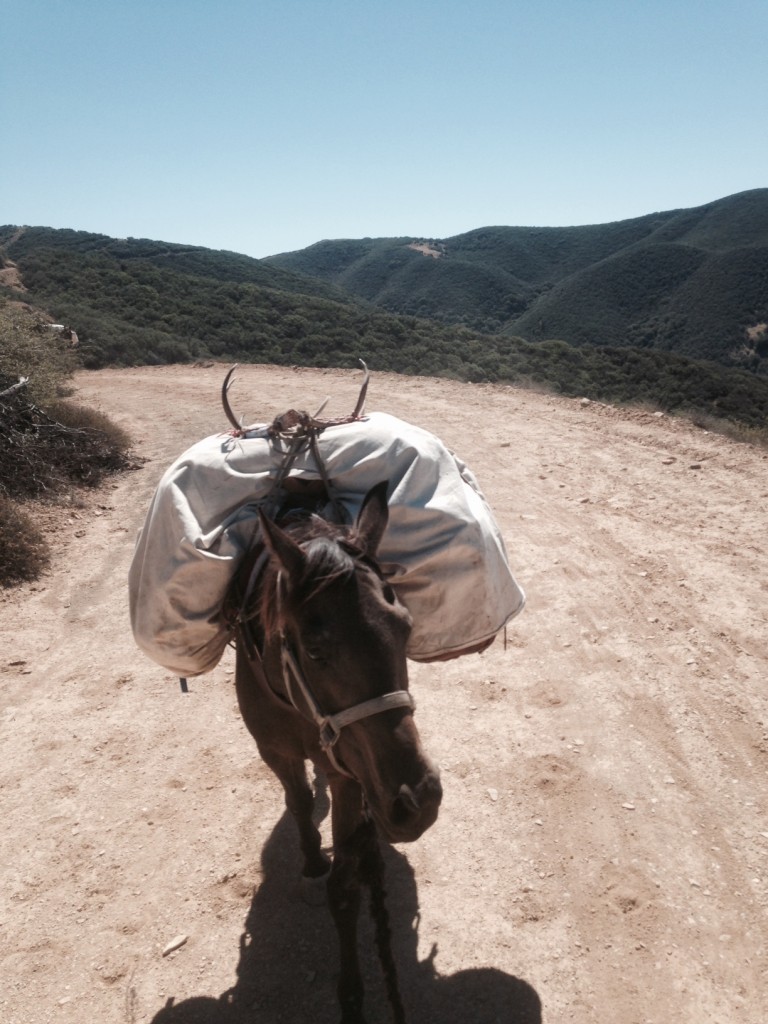 In the end, Papa Carl’s keen knowledge of the area paid off, as Daniel secured a nice buck for the meat freezer. He captured this buck right where Papa told him to search. This was a highlight for Daniel as it was his first buck bagged on public land found using information from his Papa. The antlers were carried home on the back of “Bob” (the horse). Tried and trusty “Tex”, who passed away late this spring, was surely missed this year as the best horse carries the meat and beverage cooler. Without “Tex” to carry this important load the job was passed on to “Fifty” who carried it with dignity.

To learn more about the adventure and art of horse packing Daniel recommends the book, “Packin’ in on Mules and Horses” by Smoke Elser.

Story originally published on “The Story of Ranching at Grieb Ranch”

Written By
Sharon Jantzen
More from Sharon Jantzen
Ellen slipped into the saddle and took the reins of the California...
Read More