One might say that “the dust has just settled” from the high caliber Longines Masters of Los Angeles Horse Show, the first leg of the Longines International Show Jumping Grand Slam, held October 1st-4th, 2015, except that there was no dust! This was no ordinary horse show; it was held at the LA Convention Center, where CEO’s and Corporate entities typically make deals or hold expositions. It was quite the surprise when the elevator doors opened to the landing and instead of tables and booths, world-class jumpers and their riders were warming up for the evening rounds. 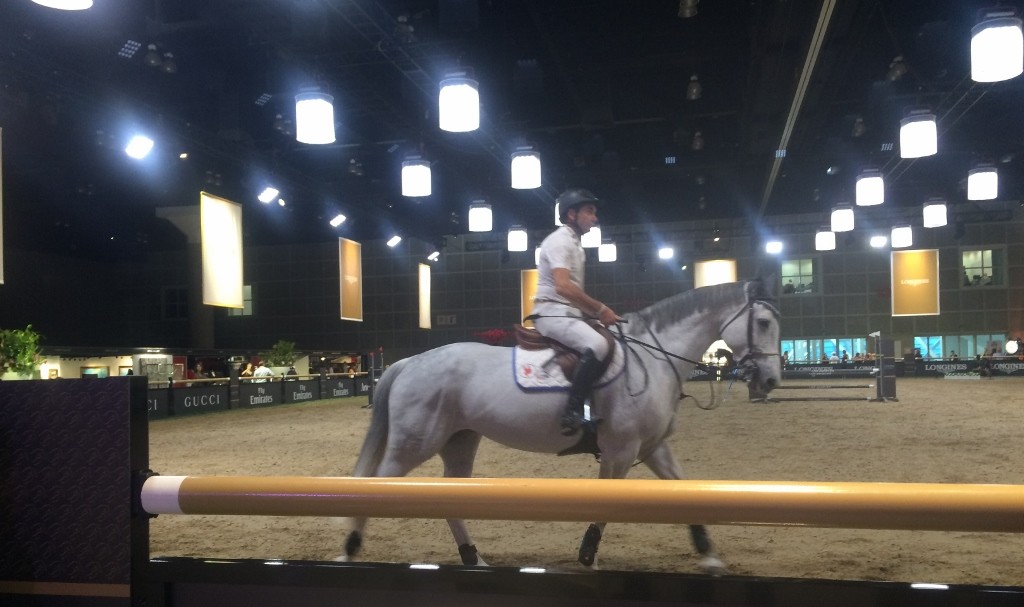 The convention floor had been transformed. Olympic quality footing for the horses and carpeted areas for spectators adorned the room, which was  lit by orderly rows of moon-shaped lights set against a dark sky ceiling. Gone was the familiar “horse show breeze”, dusty clothing, and blazing sun; instead the atmosphere was temperature controlled and absolutely abuzz with the electricity of elite competition. 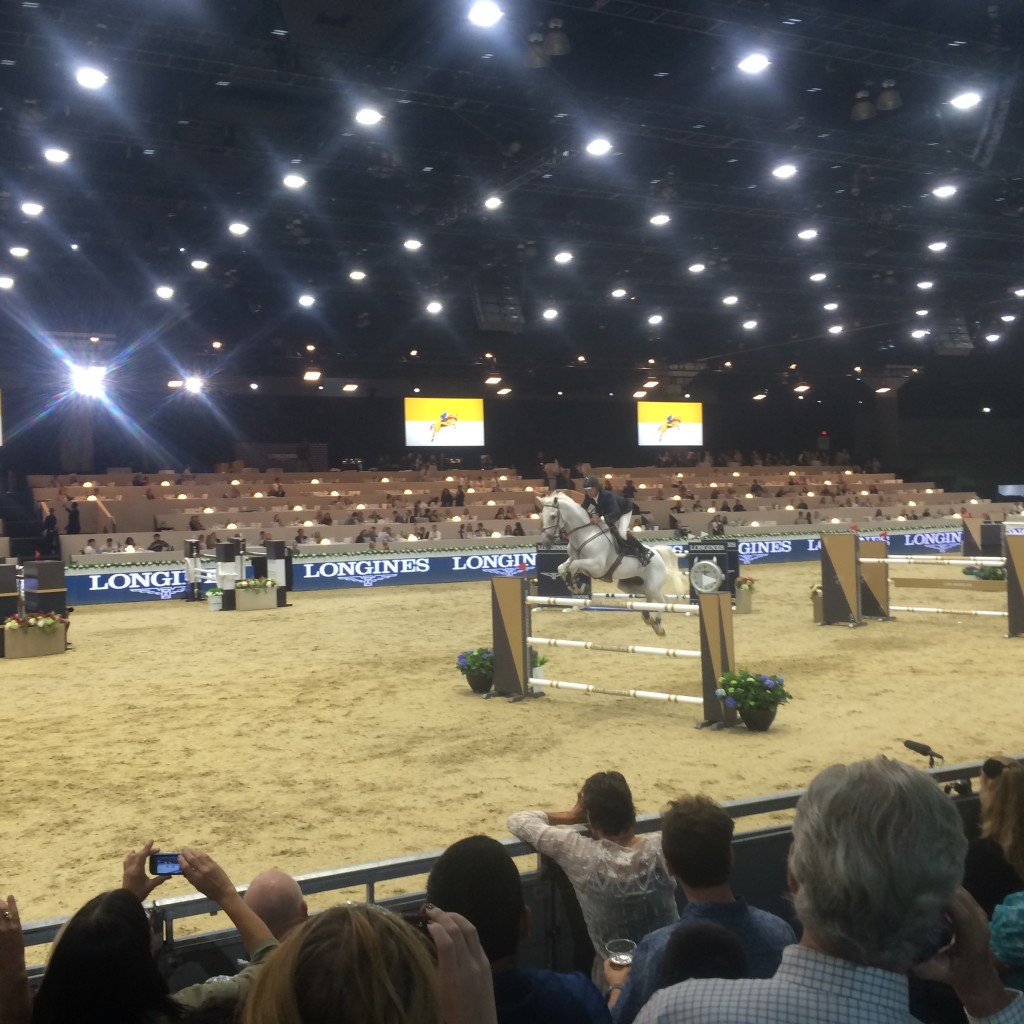 A grandstand for general admission spectators was set up alongside the main arena, and tickets ran $60.00. Starlets and silver screen heroes, as well as other top-notch guests, mingled and watched the show jumping action from across the arena in the Masters Club seating. Special white linen covered ringside tables and chairs were set up in rows that slowly rose from the floor. Each table had its own luminary, which echoed the lighting from the ceiling. The scene was like something out of a Hollywood film. To say that the atmosphere was “classy” would be an understatement.

My mother and a friend enjoyed the second evening of four of the Longines Masters of Los Angeles Show.

“We kept saying, ‘this is so chichi’. We were at a horse show, but we enjoyed a glass of champagne and some tasty eats in the lounge near the warm up arena. It was an experience,” relayed Charlene O’Neil. “Our grandstand seats in the main arena were five rows from the floor, which gave us an exciting view of the jumpers.”

The evening included several of the top show jumping horse and rider pairs in the world; twenty five in total compete at all three Grand Slam locations, and gain bonus payout points as they place in the series. This LA Masters Series was broadcast to over 550 million households in over 120 countries. Scott Brash of the United Kingdom – the youngest rider on the 2012 Gold medal winning British Olympic team – sailed “Hello M’Lady” over fences set for the Prix Airbus International class. Patrice Delaveau – France’s veteran show jumping rider and oldest favorite – piloted “Carinjo HDC” through the enormous and difficult course. The winner, with a clean first round and the fastest time of 31.99 seconds in the jump-off of the Prix Airbus International was John Whitaker of the United Kingdom, riding “Argento”. The USA did not go unrepresented, as Georgina Bloomberg, yes the daughter of the New York Mayor, riding “Washington Square” placed fifth. Although not competing this evening, yet present throughout the night was the decorated USA Olympic Team Gold Medalist, Beezie Madden.

Friday and Saturday evening guests were also treated to a Dressage exhibition, ridden by Steffan Peters atop “Legolas”. Peters demonstrated some of the more difficult movements seen on a Grand Prix Dressage test, including Piaff, Passage and Pirouette, as he spoke with spectators. He ended his time with his Grand Prix musical Kür, which is a freestyle pattern set to music. Lisa Fiori-Hegger had this to say, “Amazing show! This was a first class event. Steffan did an exhibition Kür with Legolas that was absolutely brilliant.”

This was definitely an event to remember that far exceeded what most of the horse show community expects in term of a competition; it was an experience all unto itself. The next leg of the Longines International Show Jumping Grand Slam will be held in Paris from December 3rd-6th, followed by Hong Kong from February 19th-21st, 2016. Be sure to mark your calendars for next year’s LA Masters Series, which will be held in October of 2016. Of course, if you happen to find yourself kicking around Paris in December or Hong Kong in February, follow the progress of these incredible horse and rider pairs, and report back to us here at SLO Horse News! 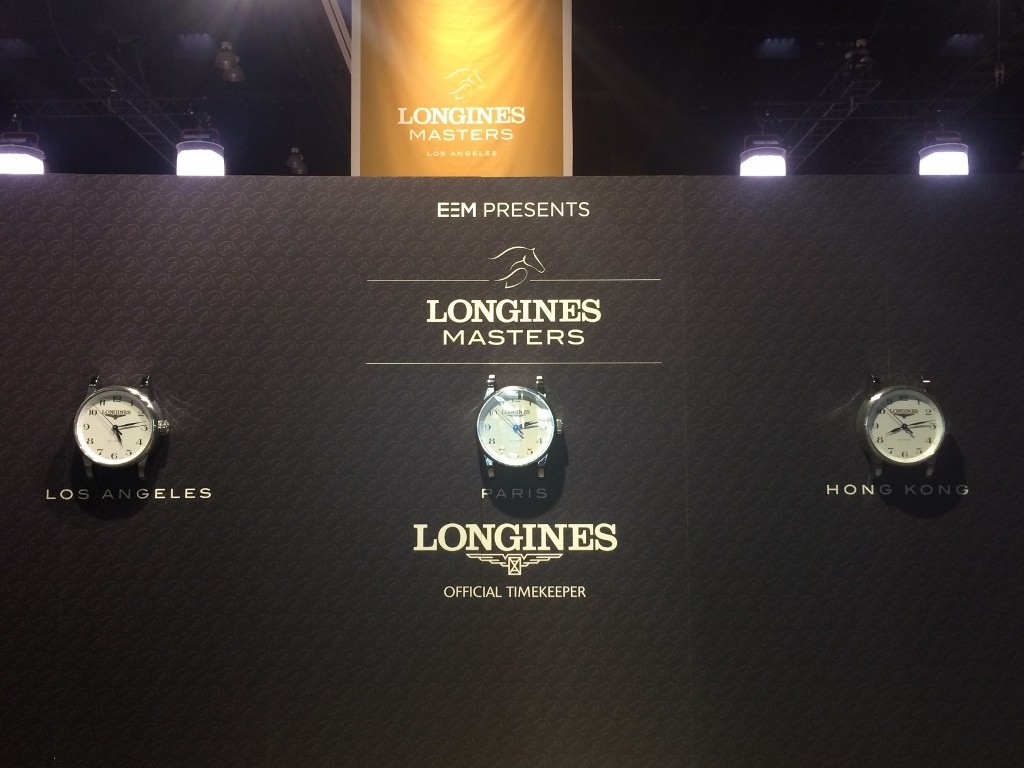 Written By
Sharon Jantzen
More from Sharon Jantzen
Being a part of a horse community in SLO County provides Redwings...
Read More