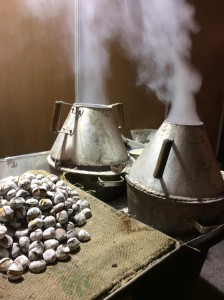 As night descends on the town of Golegã, Portugal home of the Feira da Golegã – The showcase of the Lusitano horse – the stream of horses being ridden and driven steadily increases on the manga or the track surrounding the main arena in the heart of the town.

Activity on the cobblestone streets takes on more horses, more carriages and more pedestrians. Spectators desiring to view the evening competition or exhibition must cross through the manga stream to stand with fellow gazers jockeying for position along the rail which provides the best view. Crossing the manga takes timing and courage as the stream of horses gains momentum and volume as night settles on the Golegã Fair.

I was part of a group from across the pond who were some of those spectators. We quickly figured how to time our crossing and took positions along the rail easily as we settled in our spots early for the evening show our first night taking in the Golegã Fair. Our efforts did not disappoint as we experienced equestrian art, equine beauty and human creativity on display.

The main lights go off, one single light provides a glimpse of a Dressage arena through the chestnut-roasting smoke and fog-filled air. Off to the side our eyes follow four green light bands moving in time with the up and down flow of a horse’s trot. Music notes join in matching the hoof beats and green flashes dancing in the distance. The outline of a dark horse and rider comes into focus and enters the dimly-lit arena. The music continues to drive the green dancing lights as gaits change directions and the ever flowing glow from the green bands mesmerizes the crowd. Applause fills the air as the music stops and the horse exits the stage.

Next, stepping out of the darkness into the spotlight shines a stunningly-gallant grey horse accented with gold trim in his mane and a gold accented surcingle pad across his back. He is well-muscled working in-hand in front of his handler who is dressed to match with a cream coat and pants accented in gold and a cream hat with white feathers bouncing around the brim.

Music drives the horse forward in a Spanish walk, and continues into a collected trot and canter, all the while the handler never breaks from his human walk gait, adjusting his own boot strides to fit the pace of the horse in hand. The handler is deftly handling the long-lines asking the gallant grey to work off the line in different gaits and movements including the half pass at the trot and canter finishing with a finale at the Piaff and Passage. The scene is harmony, balance, beauty and obedience all in one exquisite package. This and the former were just a couple of several exhibitions to delight us that evening.

A late dinner with a large party of family and friends at one of the many restaurants is common on Fair nights. One evening, our party of twelve found ourselves up a narrow stairway where we waited on the landing, it was 11:00 at night and the temperature was getting cooler. Soon we were ushered into a warm, bright, loud room filled with long tables where several parties much the same size as ours were seated.

We began the meal with bread, somewhat bitter sheep cheese paired with sweet jam and, as always, wine – both white and red – was served immediately. Ox tail soup was first on the agenda. We were all immediately warmed by the thick and savory soup. A “typical” salad of lettuce, fresh tomatoes and onion lightly tossed with olive oil and vinegar appeared next served “family style” along with fried potatoes, followed by short ribs and meat. Dessert was the typical custard type affair and we left all too full to even talk. The time was now pushing into the next morning. 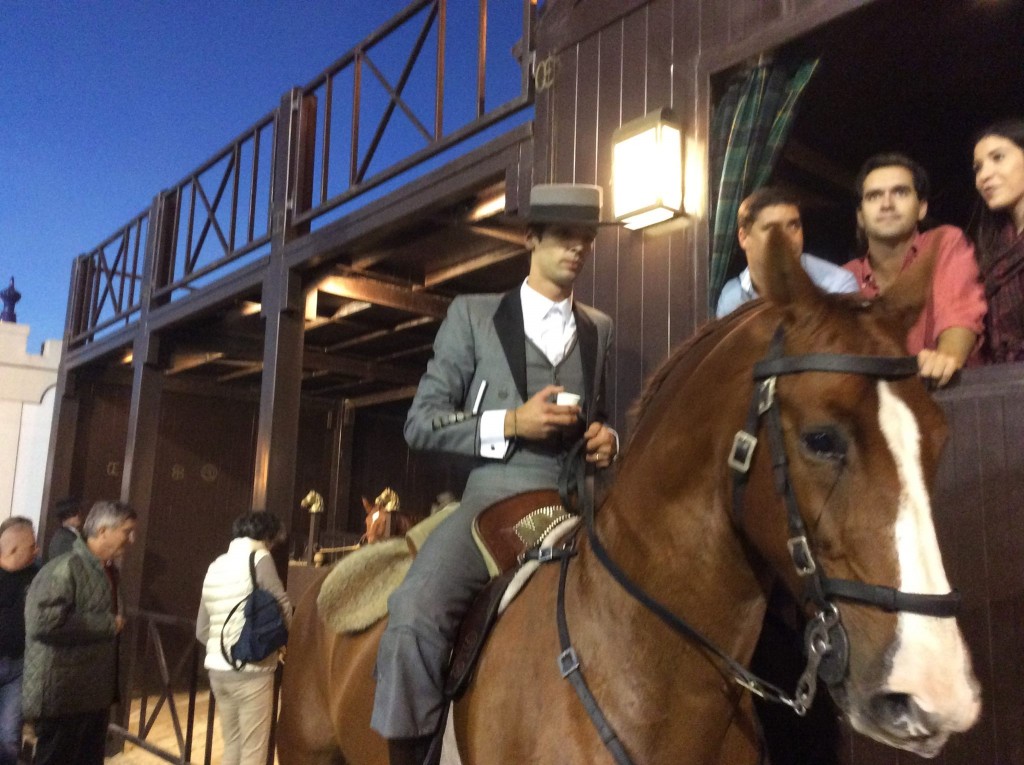 Wee Hours of the Morning

Although it was now the early hours of the morning, homeward (hotel ward) bound we were not! The festivities continued as we gathered outside a covered patio where music was welcoming riders. Soon a group riders standing four abreast on horseback gathered facing us and the residents in the covered patio. Sangria was passed through the open window and enjoyed by every rider. The group of riders kept growing and eventually grew to over twenty in size. We stayed out watching the activities, laughing and dancing to the music.

Hanging with friends mounted on horseback and dismounted is a central part of experiencing Feira da Golegã as night turns to morning. Finally our weary group was ushered through the crowd and back to our transportation. It was 4:00 am when we returned to our hotel. We have now experienced a “typical” night at the Golegã Fair. 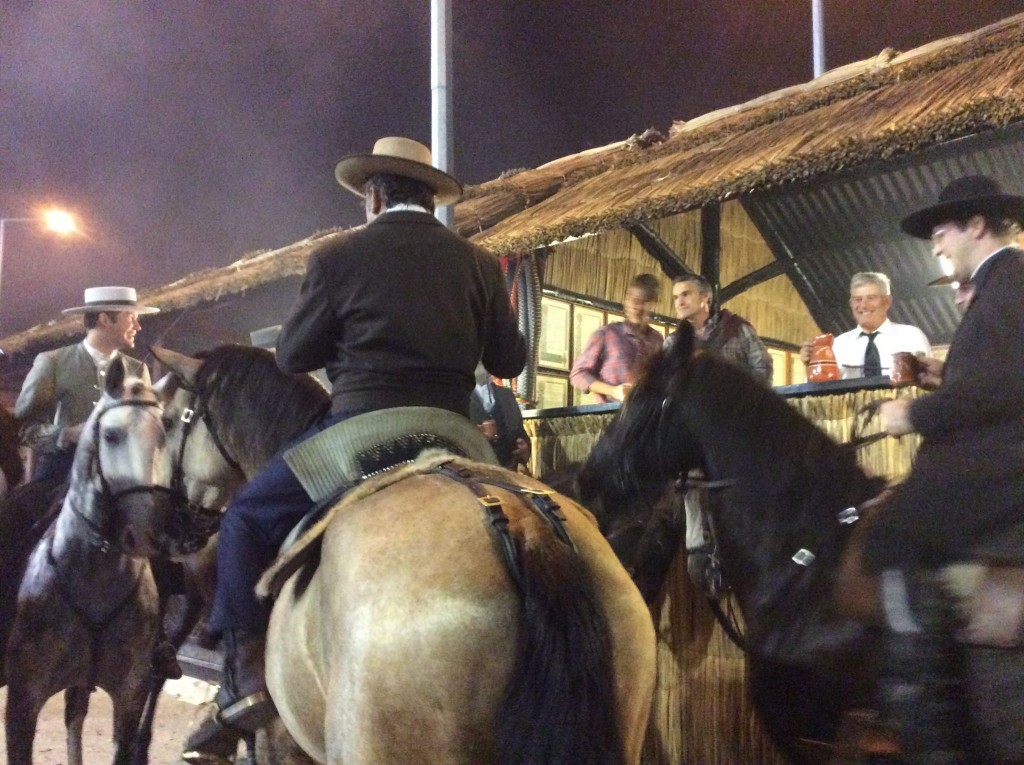