With the Rolex Kentucky Three Day Event coming up this weekend, many in the horse world have their eyes on Kentucky Horse Park. Here on the Central Coast, we have our own horse park, Twin Rivers Ranch. Located between Paso Robles and San Miguel, this 500 hundred acre ranch owned by the Baxter Family offers a beautiful equestrian sports complex that allows the beginner to FEI competitor (think Olympic level athletes) a venue to compete and enjoy the horse and rider bond.

Earlier this month, Twin Rivers hosted their Spring Three Day Event & Horse Trials. From Novice to Advanced, riders and their mounts competed in the equestrian triathlon of dressage, cross country jumping and show jumping classes over a three day period. Originally a cavalry competition, modern eventing allows a horse and rider combination to showcase their partnership’s obedience, bravery, fitness, stamina and conditioning both in the ring and on open ground. 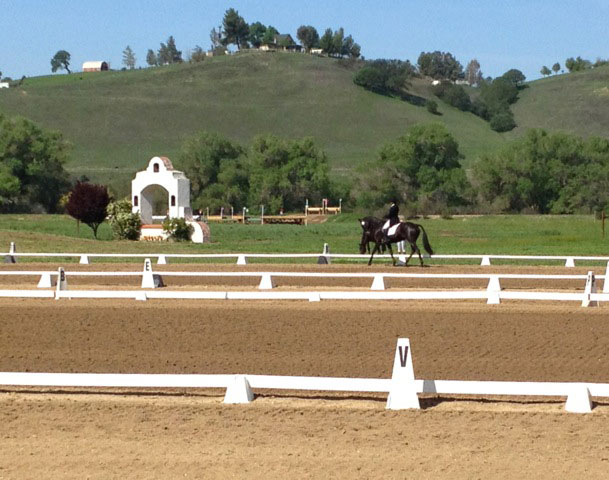 Friday’s competition boasted 6 dressage rings and show jumping classes. Saturday and Sunday were filled with both cross country and show jumping phases of the event. A driving exhibition also occurred on Sunday, showcasing both a single horse buggy as well as a four-in-hand team. Vendor and food booths were also available to peruse during breaks in competition. 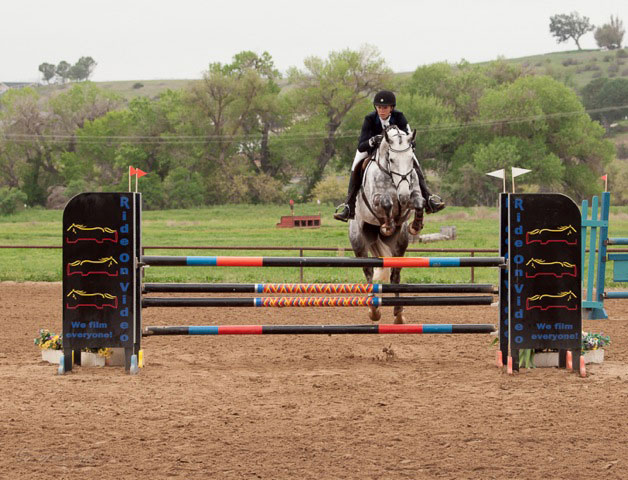 The show grounds are relaxed (at least for the observer!) and welcoming, and the event was well run and organized. Spectators enjoyed the competition from stands around the show grounds, lounging on a grassy bank, up in the observation towers, or alongside the cross country course.

The cross country course was also open for spectators to walk throughout the weekend and contained two water complexes, banks, and ditches in addition to many inventive and attractive jumps. A walk along these obstacles gives one an inviting introduction to the thrill of eventing along the introductory course as well a much better appreciation for the bravery of these horses and riders who competed at the upper levels. 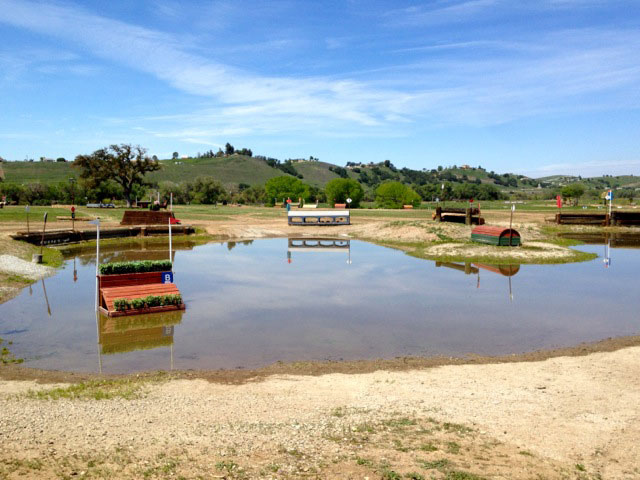 Offering the equestrian enthusiast on the Central Coast the chance to compete, train, or just observe, Twin Rivers Ranch is a true equestrian sports facility close to home and definitely worth a visit. If you are not ready to compete, but still want to participate at their events, try volunteering. Volunteers are needed at each competition to help thing run smoothly, and in return volunteers receive Twin Rivers certificates that can be used for any facility use fee or show fee.

For more information, visit the Twin Rivers Ranch website at twinrivershorsepark.com and the U.S. Eventing Association at useventing.com.

Written By
Amy Rice
More from Amy Rice
Your horse is not acting right, so you call your veterinarian.  After...
Read More